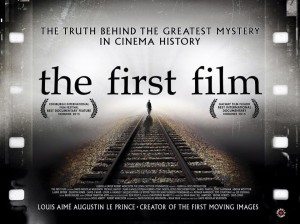 Last week ‘The First Film’, a documentary that I co-produced, premiered at the Edinburgh Film Festival to some acclaim.

It’s about the mystery behind the inventor of the moving image, Louis LePrince, who he has never been credited with its invention. Why? Because as he was about to unveil it, he disappeared dramatically. Murder? Suicide? Assassination? And all this in Leeds!

The morning show ‘Today’ on Radio4 ran a great piece on the doc last week, and you can listen to it below.

I wish I could take more credit for the creation and success of this extraordinary documentary, but all that acclaim needs to go to David Nicholas Wilkinson. 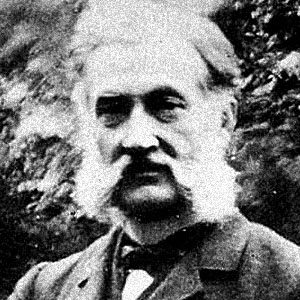 It’s production was almost as dramatic as the story of LePrince himself, and at each stage I was close enough to the action to feel the bullets whizzing over my head.

For a very short time I stepped into the directors shoes until I realised that David himself was in fact the best person to helm the project and stood down.

The film is a testament to grit and determination. More than three times the whole thing could have collapsed, but David held it together and pulled it through production, post production and now finally the premiere.

As a filmmaking story, we can all learn a huge amount about tenacity from David.

As film lovers and film historians, the documentary is a fascinating insight in the few revolutionary years when the moving image was invented, the mystery, the skulduggery and of course… the disappearance of LePrince at the height of his success…