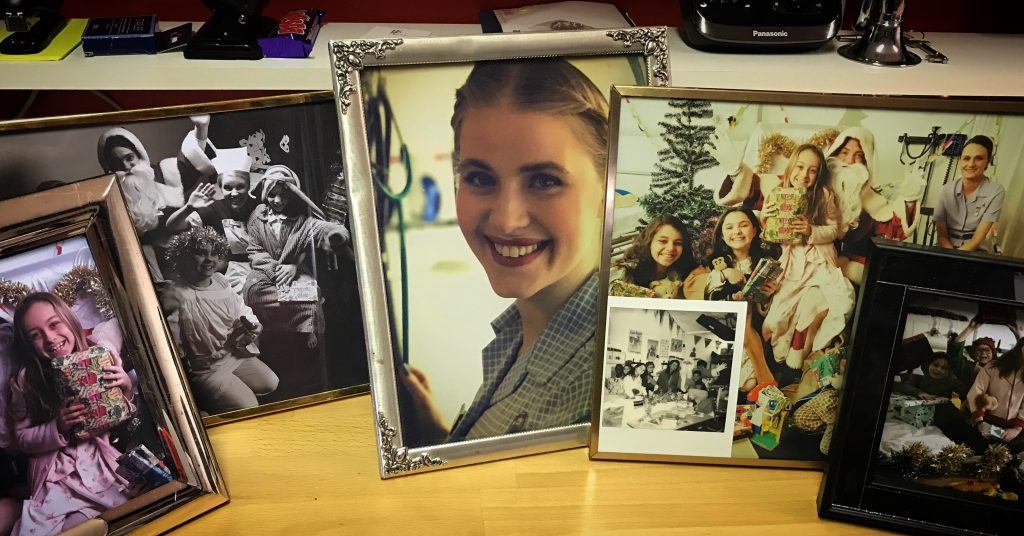 Nothing bothers me more in a film than a REALLY bad photo prop – you know where they show you a photo from wayback when, and it’s a terribly photoshopped image. Fail!

I have made several films now with historical photo props, some of which are featured ‘hero’ props on which plot revelations revolve… And I knew that it only takes one bad prop to bounce an audience out of a story, and so I have always insisted on making these photo props myself.

These props are actually as important as any single shot in your film. Don’t delegate it like you might delegate getting other props.

Then adds the production issue… You need your cast in both situation and costume in order to get the image, to take the photo. Sometimes it’s an image that is photographed inside the narrative (so the photo prop cannot exist in other scenes until the scene where the photo is taken has itself been shot). The photo cannot exist before the scene in which it is taken is filmed. This is a production and scheduling headache. Yikes!

Add the usual production pressure cooker, the cast only being confirmed at the last minute, budgets, schedules… Well this is why so many badly Photoshopped images make it into films.

Do you have any tips of your own to add?