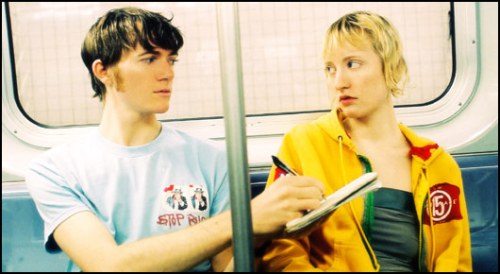 Another breakthrough filmmaker is using YouTube as a viable way to market their film online. For the past week, YouTube has been playing Four Eyed Monsters, the first feature ever to have been shown on there for free.

Four Eyed Monsters is essentially about two outsiders coming together and finding true love-without speaking to each other. It has had 400,000 hits in the past week and this is still rising.

The film was funded by credit cards and after drowning in debt the filmmakers decided that a proactive approach was needed. They contacted cut a deal with www.spout.com where for every viewer of their film that signs up to spout.com, they will earn one dollar. And so far they have made £23,000 and this is continuing to grow towards their $100,000 target.

Already a thriving community has grown around the film, for instance you can watch it in Second Life if you really want to!

This shows that there is always a new and ingenious way to fund or sell your film.

You can see the movie here…  assuming it is still online.

First script notes truly worth their weight in gold!
The Sky Is The Limit