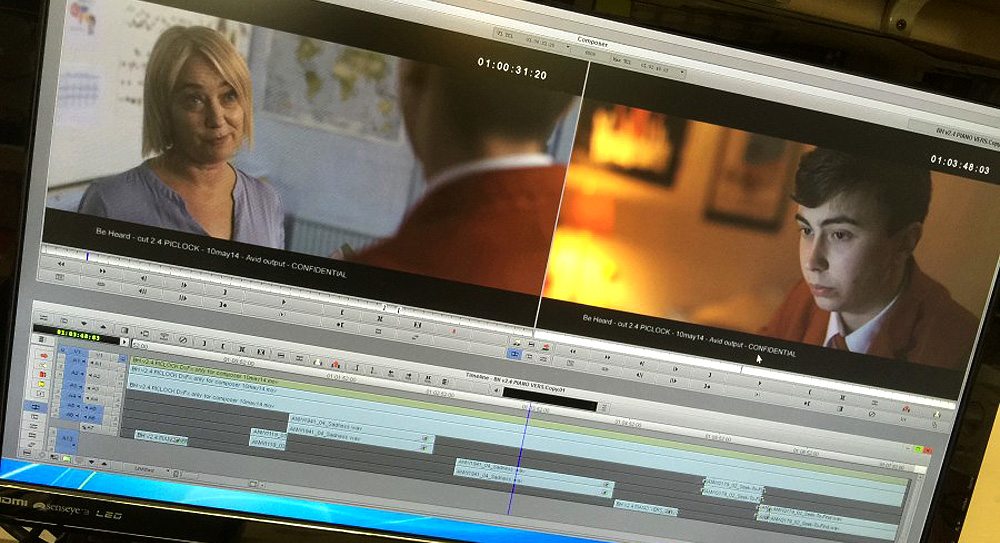 Library music is a great resource for filmmakers.

I am a huge fan of Audio Network with their simple and hugely cost effective pricing. I used them first (and extensively) on my Oscar shortlisted film ‘Gone Fishing’ (though not all music was Audio Network, but ALL was library music).

However, one down side of library music is that by virtue of the music coming from different composers, different instruments, different recording environments etc., the soundtrack can feel a tad fragmented. And of course, it’s not composed to picture, so it’s never a perfect fit. Or can it be?

So how so you get your library music sourced soundtracks to feel cohesive? Having ‘music-edited’ lots of drama now, I have figured out certain tricks to get the most out of library music.

Avoid a temp score
If you have made the choice to use library music and to not work with a composer, avoid creating a ‘Temp Score’ in the edit. The Temp Score is a temporary music soundtrack made up of music from other movies. It is used to guide the composer as to what the team is looking for. It’s also the part where directors fall in love with music they can never use. Just go straight to the library music, if that’s the choice you have made, and avoid the toys being thrown out of the pram by directors.

Choose just one track
Give yourself permission to spend time finding the right sound, feel, tempo and style of music. Explore and experiment with styles you might never have thought of using. Once you settle on a core track, use this as your guide. Then check out what others tracks the composer of your chosen track has done, or music in the same genre or feel. Try and stay with tracks that feel like they belong together. You are creating a whole soundtrack that needs consistency, not just a patchwork of scenes that individually work.

Don’t be afraid of repeating music
Using a track more than once can be very powerful. Audiences want to recognise the music, otherwise it can become like some kind of abstract sound that acts more like an atmosphere than a consistent and recognisable character in your film. And make no mistake, music is a very powerful character in your story.

Use less music
Almost every film I have ever seen has too much music. Most scenes will be improved with music, but if ALL scenes have music, it will lose its impact. Less is more. Don’t allow insecurity to drive you to put too much music in your final edit.

Don’t get too dramatic
Short films in particular are usually exercises in minimalism. Accordingly, overly dramatic or bombastic music may make you feel more confident about a scene, but it usually feels out of place to new viewers. Don’t be afraid of using more minimalistic tracks and dial down the big orchestra feel.

Watch for the key
Placing two tracks very close together that are recorded in different keys can sound jarring. Some sites list the ‘key’ in which a track is recorded so that you can look for consistency if you need to mix tracks together or use in close proximity.

Keep looking
Music libraries have a LOT of stuff and much of it can be pretty dire. Certainly most will be inappropriate for your story. And you can only tell if it will work by firsat listening to it, and second, auditioning it in the edit. It’s a slog, but when you nail it, you will be glad you invested the time.

Bottom line. Use less music, use more minimal music, keep it thematic, repeat but never to the point of it being repetitive and keep looking until you find what you need.

I also posted about using music in your films…

Top ten soundtrack, score and music mistakes made by filmmakers