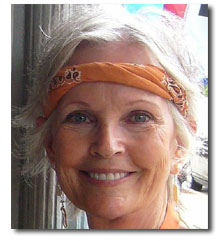 One of the great things about Film Festivals are all the new friends you make. It’s a wonderful democratisation, where everyone, superstar or newcomer, can prop up the bar together and just share in the joy of movies. New allegiances are forged (famously Tarantino and Rodriguez met on the festival circuit), and that in turn opens up new opportunities.

I want to tell you about the most unlikely of friends I have made – her name is Marlyn Mason and she is an actress and writer.

In fact, in her day, she was a superstar that I guarantee everyone of my generation has seen, due to the fact that she was in pretty much every American show in the seventies (bar The Six Million Dollar Man), as well as starring in features, most notably opposite Elvis (and got an onscreen kiss!) in The Trouble With Girls. 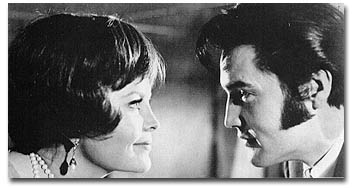 Marlyn is a force of nature. She may be older, but there is NOTHING old about her. She is up before all of us, out later than all of us, bouncing off the walls with passion and enthusiasm all the time in between – in short she is an  incredible energy to be around.

I met her at the Rhode Island Film Festival where she won GRAND PRIZE for BEST SCREENPLAY for her short, Model Rules (a beautiful, lyrical poem of a film) which she wrote and starred in. You can see her acceptance speech here, which kind of sums her up. Only weeks later she also won the BEST ACTRESS AWARD in Bend, Oregon at the BENDFILM FESTIVAL. 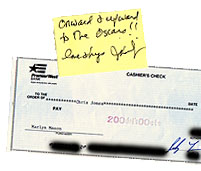 Since then she has stayed in touch, even sent me money for our Oscars campaign! WHAT A GIRL! I am determined that one day I get the chance to work with her. I know it will result in something wonderful happening.

Marlyn is also chock full of old stories about the Hollywood of yesteryear, always threatening to spill the beans… One story really resonated with me. She was working with Bruce Lee, yes BRUCE LEE! And she was having a bad day and generally stomping around in a mood, perhaps even throwing a hissy fit – Bruce grabbed her by the arms and forced her to stop still for a moment, then quietly said, ‘Marlyn, what is… IS…’

She told me that hit her like a train wreck – she wandered around for a week trying to make sense until she finally got it – from that day she never complained again, and to this day, is generally the most exciting, passionate, fun and dynamic person in any room.There is a lesson for us all in this story…‘what is… IS…’

On a completely unrelated note, we just got a review by Madame Arcati, premiere showbiz and media clairvoyant! You can read it here… Lost for words really.

How I Cast Brian Blessed, Joanna Lumley and Jack Davenport in my fantasy short, Guest Blog...
Auditioning Kids All Day
Two important lessons about running auditions and castings for a film
Why If you are an actor/actress I recommend making your own work
Frank Spotnitz on the Writers Room Dynamics and 10 Pieces Of Supernatural Advice
What an actor can really bring to your written words… The power of silence
Gone Fishing in Moviescope Magazine
Trailers, Awards and Festivals