Twenty-Five year television veteran Frank Spotnitz is a big believer in luck. He was lucky that his parents never supervised their son’s voracious and indiscriminate consumption of 60s and 70s television, allowing him to build up a vast catalogue of narrative strategies in his mind. He was lucky that Chris Carter hired him for his first job, and lucky that he thrived in the brutal do-or-die X-Files environment. He was lucky that he signed on to Man in the High Castle, based only on a remembered fondness for the book in his college years. If he had re-read the novel, he might have passed on attempting such a mind-bendingly difficult adaption. And he was lucky that this vastly expensive and controversial show was taken on by Amazon who happened to be in the market for a piece of TV action that would get them noticed.

But of course, when you listen to Spotnitz talk about his world — as those of us who attended his interview at the London Screenwriters’ Conference’s Breakfast Club were privileged to do — clearly this is not a man who simply got lucky. We were in the presence of a great talent: a story teller who is not only a master of structure but has an angel ear for dialogue and a peerless facility for communicating big ideas while still managing to entertain. An obsessive, who constantly rewrites, and who focuses on the little details, such as whether the cars in the parallel (but skewed) world of Man in the High Castle would sport “optimistic fins”.

It was a smashing Breakfast Club get-together. Great venue (who knew there was such a pretty academic outpost hiding in the park?) and I enjoyed the inclusion of actors acting out three scenes from the X-Files. One would have to write copious pages to cover the wealth of insights articulated by Spotnitz in the space of that one session. Here are ten which stood out for me.

Probably because of my background in books, I have always been equal parts intrigued and dismayed by the idea of having to enter the scrum of a writer’s room. As a novelist, you are used to being edited, but you firmly remain the queen of your mouldy castle. But after listening to Spotnitz enthusiastically making the case for the power of collaboration, I am having a rethink about my preference for the author-driven UK television model.

Collaboration, for Spotnitz, is where the magic happens. And he talked about the pain and the gain of being overwritten. The kind of writer he looks for is the kind who hates being overwritten, but then listens and learns and has the humility to accept that the rewritten script can be smarter and better.

Serialised Television Is A Boxing Match

I was fascinated to learn that Amazon has a tool for measuring “viewer engagement”: how much time does the viewer spend actually watching the television screen as opposed to texting, visiting the loo, opening the fridge. The surprising result is that with shows that go really fast, viewer engagement is less. Spotnitz uses a boxing metaphor to explain the pacing of a serialised TV episode. Start with slow punches and then speed up to throwing punches in bunches towards the end. This is how you hook the viewer into entering the “just-one-more-episode-before-I-go-to-sleep” binge mode. 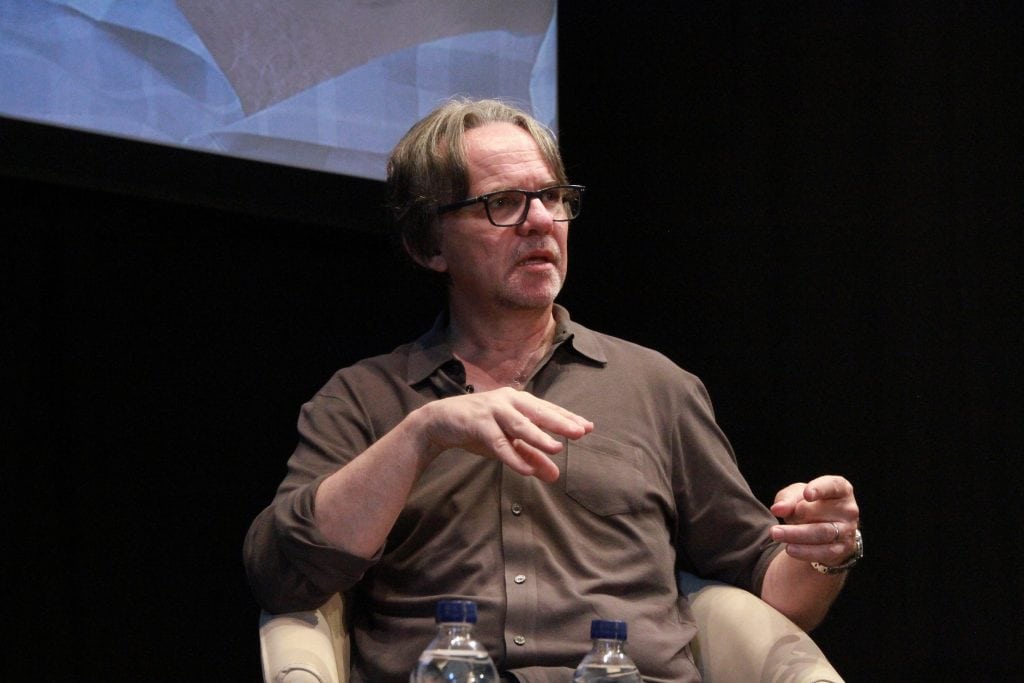 Don’t Be In Such A Hurry

Spotnitz points out that in a serialized story, you are only “going to pass this point in your characters’ lives once” – so the writer should take care to mine that moment fully and not place his foot on the plotting pedal so hard that he skips moments of characterization, emotional drama and texture.

Don’t Give Away Everything At The Beginning

Spotnitz often fights network and studio executives who expect expansive exposition in the opening episodes. Spotnitz believes in giving the audience only what they need – even slightly less than what they need — so they’ll keep watching. Make them want to know, and then tell them.

The streaming environment allows for an intellectually challenging, sophisticated show like Man in a High Castle. Even so, Spotnitz strongly believes in his aim to entertain. Yes, he wants to make you think, but to do so he needs to entertain you first, because if you are not entertained and moved emotionally, you will not continue to watch — no matter how profound the ideas.

What Spotnitz likes about being a writer is that by figuring out his characters and what’s true about them, he is learning something about himself and the way in which he sees the world. One such insight: you must do the right thing if you want to live with yourself. But don’t expect the world to reward you for it. You will be punished.

Another: The truth is out there but it cannot be grasped. We look into the skies and try to understand the mysteries of the universe, knowing we will never find it. 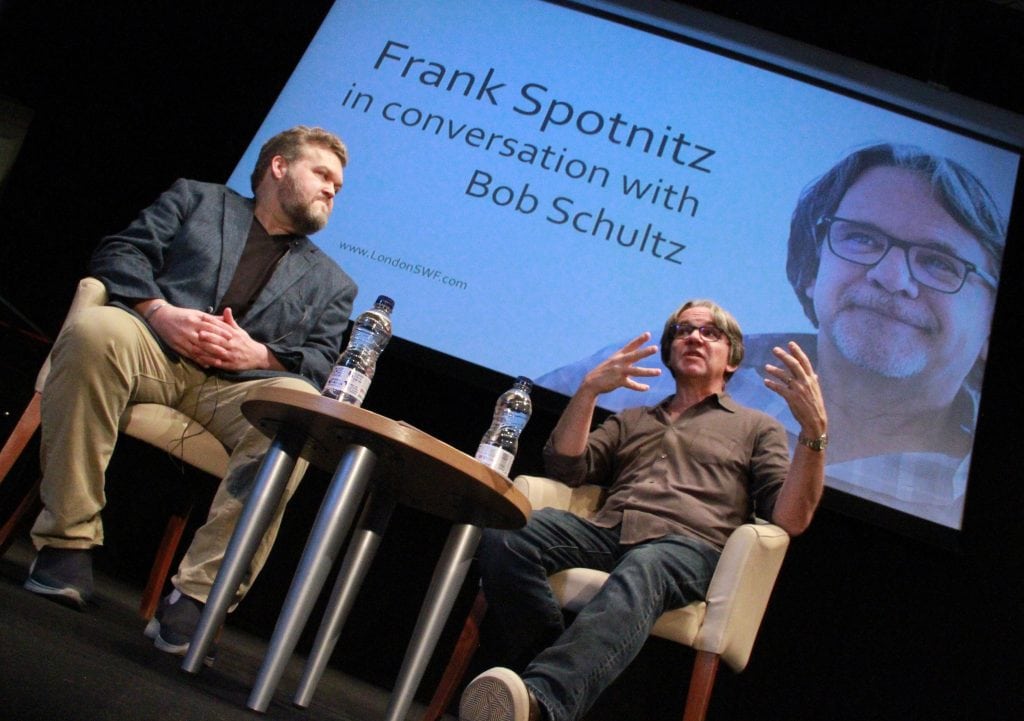 Streaming Audiences Are Sliced Into Many Micro-Segments

Spotnitz makes the salient point that the big, popular audience which used to watch network television is now the least well-served. Which is why it is important for him to still do a show like Ransom, his CBS hostage negotiating drama, which is targeting the kind of audience that used to wait for their crime-of-the-week drama.

Aim High. No, Not That High. Higher.

The image that will stick with me is of Spotnitz hand-chopping the air above his head and making the impassioned argument that this lofty altitude – this rarefied air where you’re attempting to write the best thing ever – is what we, as writers, must strive for.

A lot of writers, he says, look at what’s out there and say: I can write that. But this should not be the target. The target should be much, much more ambitious. Because if what we write is only OK, then we are blurring the focus of our collaborators and we will end up with mediocre fare.

Persistence Is More Important Than Talent

Mr. Spotnitz. We really hope so…

…and that when luck arrives, we’ll be ready for it. Of course, we will be. We want to believe.

Natasha Mostert is an award-winning novelist who segued into scriptwriting after two of her novels were optioned. She is a member of the WGAW.

How to run auditions for casting your film
Why the act of creation is ESSENTIAL for human beings
Working with Actors, interview with Olivia Williams
So it's time to confess... I have a mental illness...
Why do we do what we do? Unlocking the genesis of the Creative Muscle, Mind and Heart

Shooting Killer Action Scenes With a Crew Of Three… Filmmaking for the Crack!
Meet The Nativity Wins ‘Best Festival’ Film at 22nd Jerusalem Awards at BAFTA