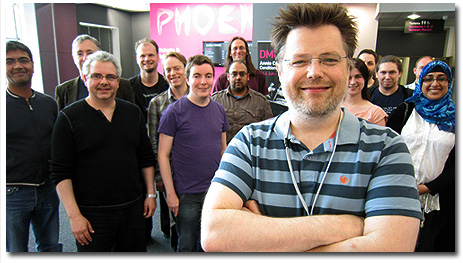 I spent this weekend in Leicester, running my two day Guerilla Film Makers Masterclass for 17 film makers based in the midlands. And boy, was it FUN! I loved it! I got just as much out of it as any delegate present. The energy in the room was electric for two straight days. No-one escapes the event, not even me, without the absolute NEED to get to work on their film right now!

‘The workshop silenced the voice in my head saying ‘you probably can’t do this…’’
Christine Cox, Producer / Writer

Wow! What a buzz to know that I have helped open that door to the voice of a brave film maker!

I developed this workshop over ten years ago and I have since delivered it to over 1,000 film makers across the world. But… film making has evolved hugely in recent, and as I hadn’t run it in a good year and a half, to me it was feeling a little outdated. And so last week, I studiously reconsidered every aspect of the workshop and film making process, and I revised, updated and created whole new sections for event – all new and shiny for Guerilla Film Making in 2010.

The upshot is that the workshop has transformed.

For starters, let’s be clear about what Guerilla Film making is in 2010 – my definition is ‘making your movie now, with the resources you already have, plus and a little extra that you pull together – and this ‘little extra’ is often easier to find than expected as once you commit to your journey to make the film, people around you begin to help, to contribute and make stuff available to you (be it products, locations, time or cash). They want to be involved in your adventure.

The key is REALLY making that commitment to DO IT! You don’t need my two day workshop for that advice. If you are procrastinating now, set a shoot date and commit to making that date. Immediately, start emailing, Facebooking, making phone calls, sending texts, chatting to people… ASK FOR HELP! You will be amazed at the results you will get today. Not one day some day. But today. And then you are on the journey! 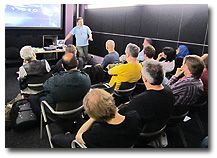 OK back to the workshop. The major change that has happened in recent is that I believe Guerilla Film Makers should now be shooting on DSLRs, and considering hybrid distribution models with audience engagement right from the get go. The DSLR’s (Like Canon 5D MkII) means we now have complete control over where and when we shot and for how long. We can also work with a micro crew who are multi talented and wear many hats. And the biggest and most exciting change is that we can now control distribution enough to ensure that, at the very least, we have a VERY good chance of making all of our investment back. And if things go well, we should make a healthy profit.

This is in stark contrast to film making just six or seven years ago when it was near impossible to self distribute and the production process of a high quality product was still very expensive. Back then it was absolutely ridiculous to even consider owning a camera that could capture images as cinematic as a Canon 5D MkII (if you haven't seen what a Canon 5D MkII can do, check out the films on this Vimeo page).

I will be running the workshop in London in October, so if you want to come to that, send me your email by clicking here, and when we have the dates confirmed, I will email you back with info so you can then decide if it is the right choice for you.

OK, here is some feedback from the two days…

‘I realised after listening to Chris that my film was not only feasible, but simply had to me bade’
Richard Burton, Film maker and writer

‘The workshop has demystified the guerrilla film making process and has showed me that this is something I can do, AND SHOULD DO! Packed full of tips and useful advice, it’s given me a real boost and the impetus to get going. I left itching to get out there and start filming’
Ross McMinn

‘Real world. Real info. It has given me the kick up the arse I needed’
Carl Wade, Film maker

‘A fantastic way to spend a weekend! Fantastic tutor, attendees and information and everything micro budget’
Christine Cox, Producer / Writer

‘Inspiring and food for thought. It is a rollercoaster… and for two days, it cannot be beat. It inspired us all to make ‘story’ and film richer by lending OUR voices to the growing community for micro budget films’
Martin Quin, Writer

‘It has given me the push I needed to get my script out there. I now believe in myself and know that if I work hard, I can do this…’
Rucksana Bhatti, Writer

‘Great weekend and I would do it again!’
Adam Mann, Film Maker

Blimey. OK, remember, drop me an email here if you want information on the next London based workshop in November.

A thousand filmmakers can't be wrong... right?
How To Fund A Film... what our delegates got from it.
Oscar winning Producer Gareth Unwin and Oscar winning writer David Seidler: The Kings Spee...
Shooting right now in Greece... A Guerilla Masterclass Success Story
I started making films at the age of 64… Guerilla Filmmakers Masterclass
The Guerilla Film Makers Masterclass in the Midlands this weekend
Film makers, one simple way to make your name, brand, film and projects rate more highly on Google. It's a WIN / WIN proposal!

One Response to The Guerilla Film Makers Masterclass… feedback and new revelations.