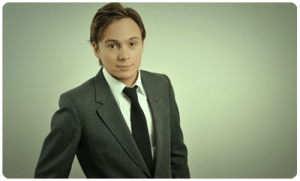 Filmmaking is not about I. It’s about we.

Maybe that WE is the crew you surround yourself with. Maybe it’s the characters in your story or maybe it’s the friends that support you when the going gets tough and celebrate with you when you make it BIG.

This weekend I attended the Guerilla Filmmakers Masterclass run by the excellent Chris Jones and his team. I came away full of energy. The underlying message here was not solely about taking action and making life happen but about placing your attention on the people around you, behind the camera and in the cinema, watching your film. 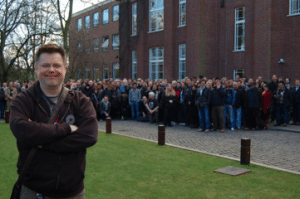 A filmmaking community being born; the Guerilla Filmmakers Masterclass 2012

Sometimes, as a writer or director it can be easy to become trapped by your own vision. It is easy to fall in love with your work and forget the world outside of it. I’ve been that guy and, I must say, whilst that love is necessary to drive your work forward (through the late nights and the early mornings), when it comes to the crunch I know I need to step backwards and think about the people implicated in my journey… and those I hope will have the same love for my work at the end of it!

Have you ever heard of ‘The Popcorn test’?

Imagine this; you sit down in the cinema, the lights dim and everybody shuffles into silence as the titles appear. But you’ve forgotten your popcorn!

As a filmmaker I know it is my job to keep you in your seat, to seduce you so powerfully in the first few moments that you never leave for popcorn. Or a wee (could get messy!)

Great story is about people, so it needs to connect with them. And even in fiction it’s really about truth, just truth in extraordinary circumstances.

Great story reminds us what it is to be human.

‘We don’t go to the cinema to escape life, we go to find it.’
Robert Mckee

So, can our stories truly connect if we do not consider the human beings watching them?

You might have something important to say. You may have something LIFE CHANGING or WORLD CHANGING… but don’t assume people will want that message the way you want to give it to them. Wrap it in a package they are intoxicated by, something they fall in love with.

You still get to say something powerful, but instead of blaming people for not understanding your work, you can be proud that you gave them something wonderful whilst still getting your message across.

I would even argue that story is SO powerful because when it works really well you never tell anybody what to think, you simply set up a story so immersive that your audience work out the message for themselves, from within their own personal universe.

As my mum used to say, you can’t force people to change, but you can make them want to.

For the past two months I have been running a crowdfunding campaign for my science fiction short film, MOUSE, about a man trapped in a building with a thousand clones of himself which, as a story, challenges what it is to be unique (begging the question, ‘Could you out think a clone of yourself?’) whilst remaining an achievable short film shot in mostly one location with one actor and no dialogue. We hit our target with almost 3 weeks to go and just hit our second target of 150% funded. Now we are aiming for £5,000 and as much more as we can get for the film and for the supporters. Our crowdfunding ends TONIGHT (24th Feb.) and we need all of the support we can get!

Crowdfunding is a strange system. Think of it like this; I have basically asked people to pay to see my film before it is even made. It’s crazy right? I had to think not about why they SHOULD get involved but why they would WANT to. What is it about my story, both personally and in the film that will stand out against all of the other brilliant projects out there? Why should they give me £5 instead of buy a drink? Why should they give me £100 instead of go for a weekend break? With crowdfunding you need to find your audience FIRST and connect with them.

My crowdfunding page has changed since the first day, my synopsis has been re-written over and over again and I have spent a long time crafting visuals with a brilliant artist (Paul Burrows – www.scifiartist.com)  that clearly communicate the essence of the story, the genre and then wrap it all up in a big ball of intrigue!

I am by no means an expert at this, in fact I am only able to write this today because of the audience that have so far supported my film.

So, let’s hear it for them. Our future audience.

Let’s delight them, let’s excite them, let’s change their minds by seducing them with story. Let’s paint magic on the screen in front of them from the first moment to the very last and then leave them wanting more.

Justin
‘Could you out think a clone of yourself?”
www.sponsume.com/project/mouse
twitter @justintagg
UPDATE -We made it to 176% funded tonight at 10pm, a total of £5,272 from 150 backers. I know that Gfilm gave us a real boost during this final week!