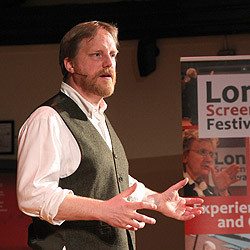 Richard Holmes is a British film producing legend, with ten features under his belt, all budgeted at around £1m or more. And I am running his workshop in less than two weeks, and I wanted to share ONE thing that is worth coming for alone.

Yes there is a ton of good stuff too, spread over the whole day, BUT there is one section that is pure gold. What is it?

His pitch to investors.

Mid afternoon on the event, Richard shares his pitch that he has used for three feature films in the last three years. It’s the pitch that turns interest into commitment from investors. It’s a highly structured and planned conversation with specific beats and movements. IN many ways, it’s the MOST important script you need to get right. 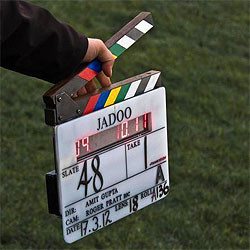 Last year, I sat through the whole day nodding my head… yes I get it, I know that, yes I have had that experience too. All awesome and valuable hard won lessons. And it built on what I knew, reinforcing it and inspiring me back to battle.

But the pitch, I had never heard that.

Later I remember chatting with my filmmaking buddy Mike Mindel who is a successful entrepreneur and film producer, and we both shared notes frantically – it was soooo valuable.

There are around 20 seats left. If you are looking to raise money so you can pay yourself, your cast and crew and hire the best, giving your project the best chance of success, then Richard is the man for you.

Advanced Producing will take place on May 3rd
http://www.advancedproducing.com/

And one last thought from Richard, to give you a sense of who he is…

UK Indie Film Success Strategy: Tightly resourced productions with dramatic but contained ...
Day Of The Flowers: Ten Tips for shooting in the heat and humidity abroad
Shooting 'Mad Max: Fury Road' with DP's John Seale and David Burr: 2 hour masterclass
Trust is the only currency in an untrustworthy business... stunning presentation from Prod...
Why producers WILL NOT READ YOUR SCRIPT - shocking case study from one exec
Why the act of creation is ESSENTIAL for human beings
Dealing with Heartbleed and securing your digital assets… three steps for writers and filmmakers