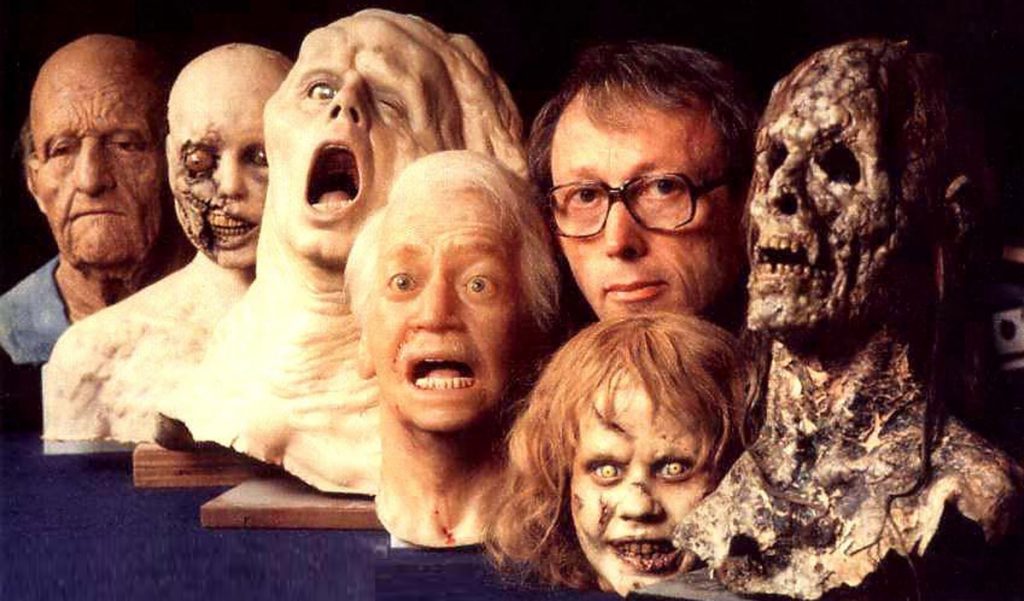 He was one of the pioneers of special makeup, his work on films like ‘Little Big Man’, ‘The Exorcist’ and ‘Scanners’ being unforgettable.

As a kid I didn’t ever consider being a filmmaker, it was simply not available as a choice in my world. It never even occurred to me that I could even do it.

But I also loved illusions and magic tricks and quickly became fascinated with special effects and special makeup in films. To me, these effects looked very much like the stage magic I was already practicing.

And then, one Christmas I saw an advert on TV for a special makeup kit – that went right to the top of my list for Santa. 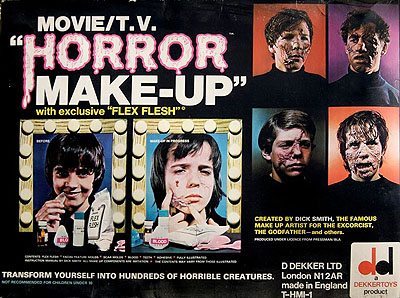 I was lucky enough to find it under the tree on Christmas morning. What I didn’t know then was just how much it would change my life. And thus began my long term love affair with practical visual effects, an artform that owes a great deal to the sleight of hand a magician would use to deliver a dazzling illusion.

For years I toyed around with the makeup kit, often attempting to shock my family with gory effects, but it all came full circle a few years later when I made my first film – a super 8mm zombie flick called ‘Necronomicon’, when I also discovered the Tom Savini book ‘Bizzaro’ (aka ‘Grande Illusions’). You can watch my film and read about my many hard won lessons on my blog HERE.

So hearing of the death of Dick Smith and remembering that extraordinary makeup kit that he had created (the kit included some of the actual moulds he created for his own films) reminded me that any talent or possibility I enjoy is always a direct result from the standing on shoulders of giants – be that supportive parents, mentoring teachers or a special effects makeup artist a billion miles away from the North of England in a place called Hollywood.

And for all of their help I am profoundly grateful.

How To Record Your Own Foley Tracks At Home
Do you love old school practical visual effects and their artists? Rick Baker, Rob Bottin,...
The ONE thing I needed to get right for Urban Ghost Story... BTS on the stunts
How I made a SciFi Epic Film on a shoestring... Making KIDDO

John Hughes: Top quotes for filmmakers, screenwriters and creatives who are young at heart
One simple way to massively increase productivity during intense computer usage