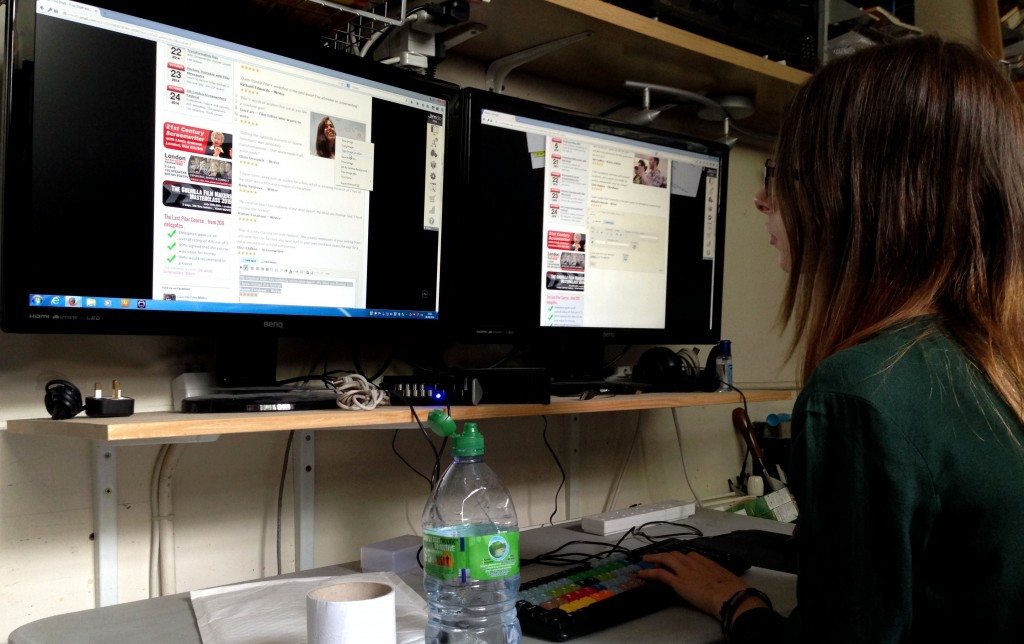 If you have never used this kind of setup, one computer with an extended desktop over tow monitors, it may well seem like a bit of techno overkill. That is until you use a computer with two screens, then there is no going back. I have had repeated experience where I coerce people to just plug in a second monitor to their laptop. At first it’s weird but after an hour or so, they are sold.

Judy now uses her laptop with a second monitor above, not to the side, so she has a huge vertical desktop instead of a horizontal one.

The reason dual monitor setup works so well is that your computer desktop simply doubles in size and then you can effortlessly work on two things at once. Cutting and pasting, comparing documents, moving between programs… all transform with the use of two monitors.

Trust me on this, it’s a gamechanger. Plug in a second monitor, configure it in your settings and enjoy an epically huge desktop, but most importantly, a desktop with two discreet windows onto it. And don’t think this is a super techy thing, that only people who are computer geeks need it. You would benefit too. Try it.

How I Cast Brian Blessed, Joanna Lumley and Jack Davenport in my fantasy short, Guest Blog...
Dick Smith, legendary makeup artist has died, his legacy for me, cannot be underaterd
Sound Mixing your film: Top Fifteen Tips For Working With The Professionals