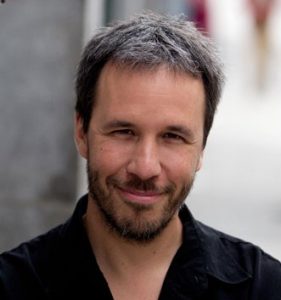 In 2009 I was doing the festival circuit with my short film Gone Fishing. When touring festivals you start to see the same films and filmmakers pop up around you. And this film, ‘Next Floor’ by Denis Villeneuve, was one film I saw repeatedly.

Sometimes Gone Fishing beat it, other times it didn’t.

It’s an astonishing film that is a lavish, visual and visceral experience. It’s clearly the work of a director in total control of their art, craft and vision.

In 2009 and, in the midst of the financial crash, it felt extraordinarily relevant. Today in the era of Trump and Brexit, it feels even more so. I don’t know why because I am not even sure what the hell the film is all about. But then I guess the best art reflects the viewer.

If you have Vimeo on your smart TV, do yourself a favour and watch it on the big screen with full sound. Here’s the vimeo link if you don’t want to watch via the embed above.

Trust me, it’s worth it.

‘Next Floor’ is also a stark reminder of the high standards in filmmaking required to win the bigger international festivals.

And here’s the Blade Runner 2 teaser which most likely you have seen… But in context, it’s worth a rewatch…

Production Manager Gets Onboard
Using video blogs to share your film experience... Rhode Island from the archives
Lessons Learned On A DSLR Drama Shoot... Day 2 Wraps
Tomorrow I Fly Out To Finland for the Tampere Film Festival, and maybe the Northern Lights
The debate rages on... What value is there in Art Film?