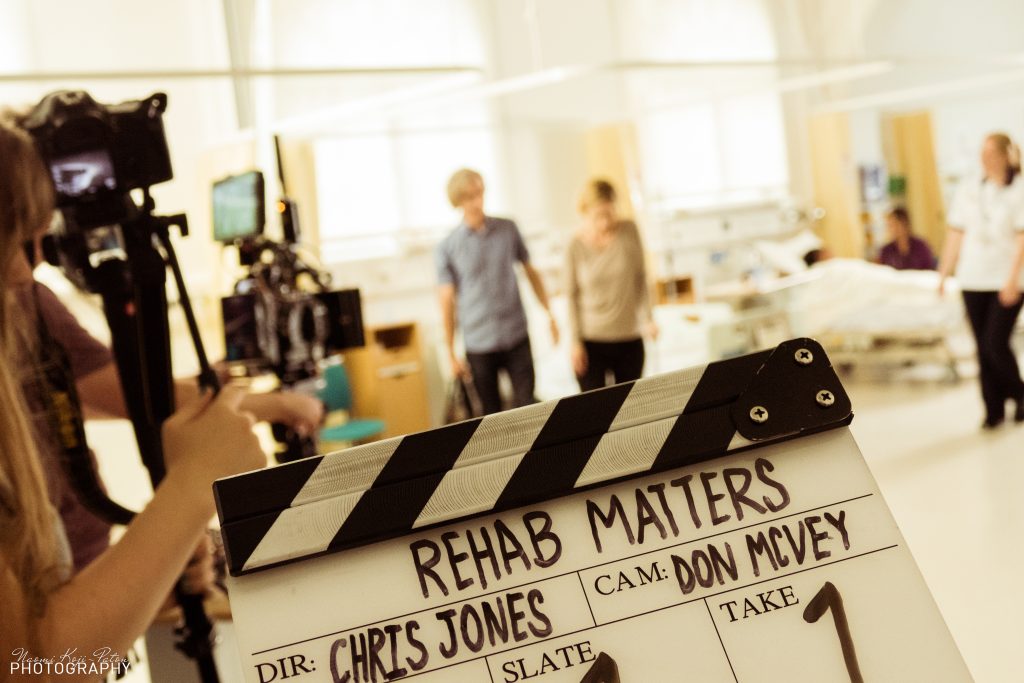 Watch this short film we made about healthcare and rehabilitation.

Earlier this year we shot this lovely short film about recovery after stroke, accident or other trauma. It’s called Rehab Matters and was cast and crewed largely from the team, cast and crew who also made ‘Seeing Him’.

We shot the film over two days, one day in a hospital location in central London, the second day in a house in East London.

The Hospital sequences benefited enormously from the location being large enough for us to get some real distance between the subject and camera, so we could shoot on longer lenses. 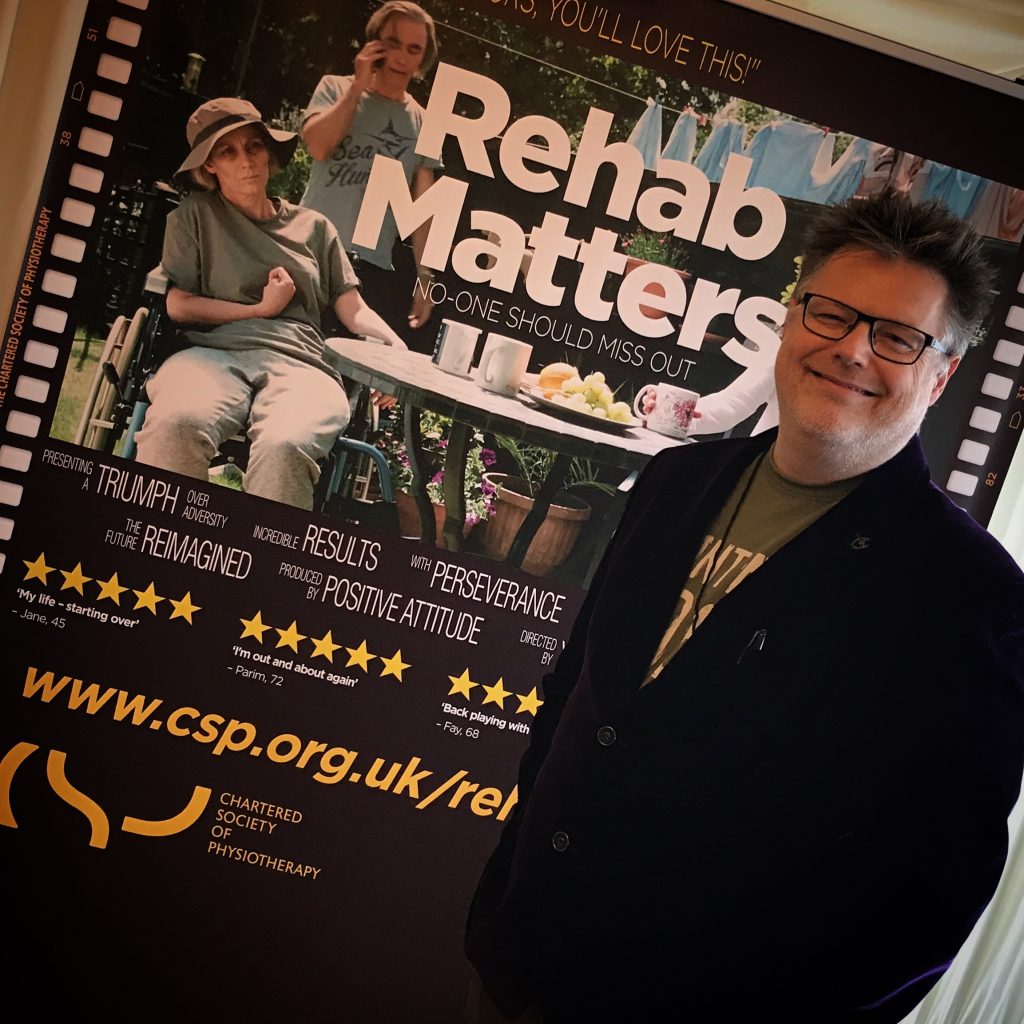 What I am personally pleased with most is the emotional impact the film delivers, something that’s always a challenge in the context of an ‘information’ film. I am also pleased that the split screen worked as well as it does as there was a great deal of ‘fingers crossed’ when we shot it. I was pretty certain it would work, but there were a LOT of shots to do, and the timing of the action on each side of the split screen needed to be co-ordinated to make the shots work and often we just had to follow instinct.

Yesterday I attended a fancy launch event at the House of Commons for MP’s and other dignitaries and now the film is officially launched. It played rather well and there were sniffles as people connected with the story. Do feel free to share and comment with the hashtag #RehabMatters.

I hope you enjoy it and I hope the message resonates somewhat.

Behind The Scenes on my new film 'Seeing Him' with Vanessa Bailey
Sound Mixing Seeing Him by Vanessa Bailey
Seeing Him Picks Up First Award at New Renaissance Film Festival
Watch our Christmas Film ‘Never Too Late’
Genesis of our Santa Hit Film... Not many people know about this but I do a lot of Santa w...