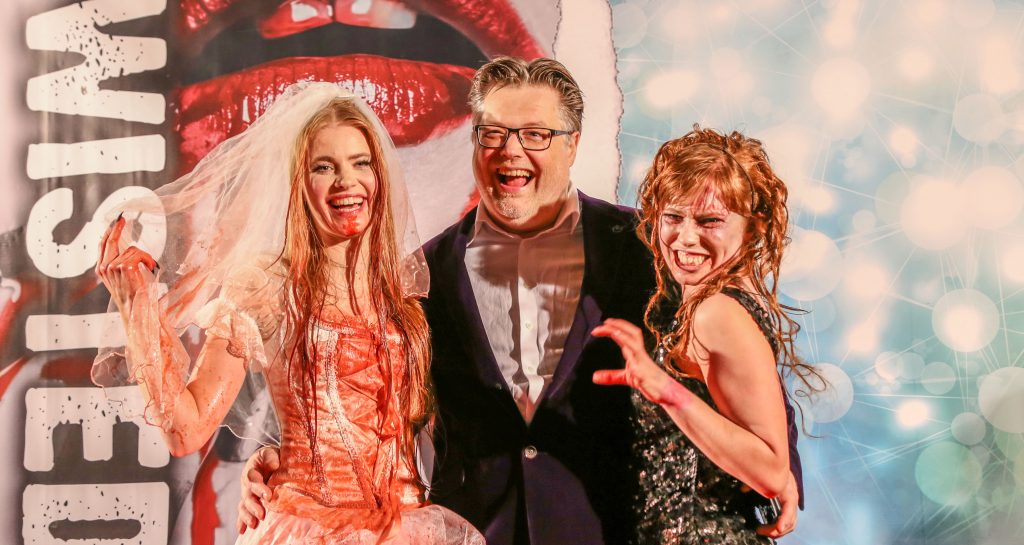 As creative people we often beat ourselves up.

Social media amplifies this as we watch other people share their successes with us. Even though we know these are often rose tinted, heavily edited, photo filtered versions of reality, they often serve to remind us that we may be under achieving, even when we are not, or didn’t feel like we were until we jumped onto Facebook, Twitter, Instagram… your drug of choice.

All too often we can end up focusing on the result and not the journey.

We long for the moment of success, because when we get there, everything will be different.

Maybe any given success, failure or conclusion is more like a plot point on the BIG journey of life, and never a conclusion.

Of course, we get a short buzz when we do ‘get there’. And then, for that moment, we get to be that person on social media that makes so many of our ‘friends’ feel that little bit less.

Social media or not, that buzz around success and achievement is short lived. Very short lived.

And once again, and all too quickly, we find ourselves gazing up at the mountain and wondering what the hell we are doing?

All too often we find ourselves in a state of anxiety, FOMO, and general unease.

And paradoxically, these feelings of anxiety, generated by our success, or the success of others, often lead to greater creative shutdown.

So what is the answer?

First, I believe we were evolved in small social groups. For many many thousands of years we developed our social skills and relationships in groups numbering many tens, perhaps even a hundred. Now we live in an interconnected world of billions. If you have a news app, BBC, Daily Mail, LBC… we are bombarded with fear. It’s relentless. And that’s BEFORE we even get to social media. We are NOT evolved to cope with the quantity and relentless messages of fear. Maybe its time to delete those apps, yes delete, not just stop looking at them. Like crack, they are designed to lure you back in.

Second… Social Media. FOMO, the fear of missing out. Yes everyone appears to be enjoying a better life than you. Aside from those who are not, and posting about how they are not having a good life. Both extremes pull us in emotional directions while at the same time often leave us feeling a bit helpless. Maybe it’s time to break up with your phone entirely? Or at the least establish some healthy ground rules?

Third… Acknowledging and celebrating successes. This is perhaps the most paradoxical. When we look back at our year, we often find that we actually achieved a great deal. We should celebrate that. We should acknowledge that. And we should take time, effort and compassion to edit, design and create powerful memories around these successes. Once the experience passes, which is all too brief, we are left with memories. Often, we allow these memories to fade away. Or because we don not consciously edit our memories, we can focus on the wrong bits, less inspiring bits.

Perhaps over these next few days, you should do a success audit and list all the things you achieved that meant something. Some small. Some large. And relive the memory, look at photos, read blogs, watch videos. And consider what you learned. What was the meaning? It’s THIS meaning that defines the quality of the achievement, not the achievement in of itself.

Design the meaning behind the success.

Make that the memory… of choice.

Shooting Never Too Late
Over the spring, we shot a VERY ambitious short film to highlight the need for exercise in older people, especially in the winter.
Memories… A very intense shoot that pushed me to the limit in terms of coverage, scene and costume changes.
Meaning… Trust the process, shooting an impossible schedule, trust the process.
www.LuminosityLondon.com

The Impact50 Trailer
Finally we had enough short films submitted to The Impact50 that we could cut a trailer, a trailer that became instrumental in taking this project to the next level.
Memories… The buzz of people finally seeing something that represents the ambition of the project.
Meaning… Always wonderful when creations are released into the wild.
www.Impact50film.com

Shooting The Presidents Speech
Shooting the ambitious opening for Impact50 really stretched us, but getting Olivia Williams involved proved a lighting rod for getting the killer location, working with a worldclass team and crowdfunding the budget fast.
Memories… Bringing it all together for a single memorable moment.
Meaning… Aim high, work hard, get the result.
www.Impact50film.com

Talent Campus 4.0
Running the fourth iteration of Talent Campus was perhaps the most fun yet. An amazing group of people who bonded, with the most moving of human challenges. The experience pushed my to go way outside my comfort zone and boy was it worth it.
Memories… A specific exercise I don’t want to share, needs to stay in the room.
Meaning… Deep human connection manifests courage and the most extraordinary storytelling. What a privilege.
https://www.londonscreenwritersfestival.com/whats-on/sessions/the-screenwriters-talent-campus 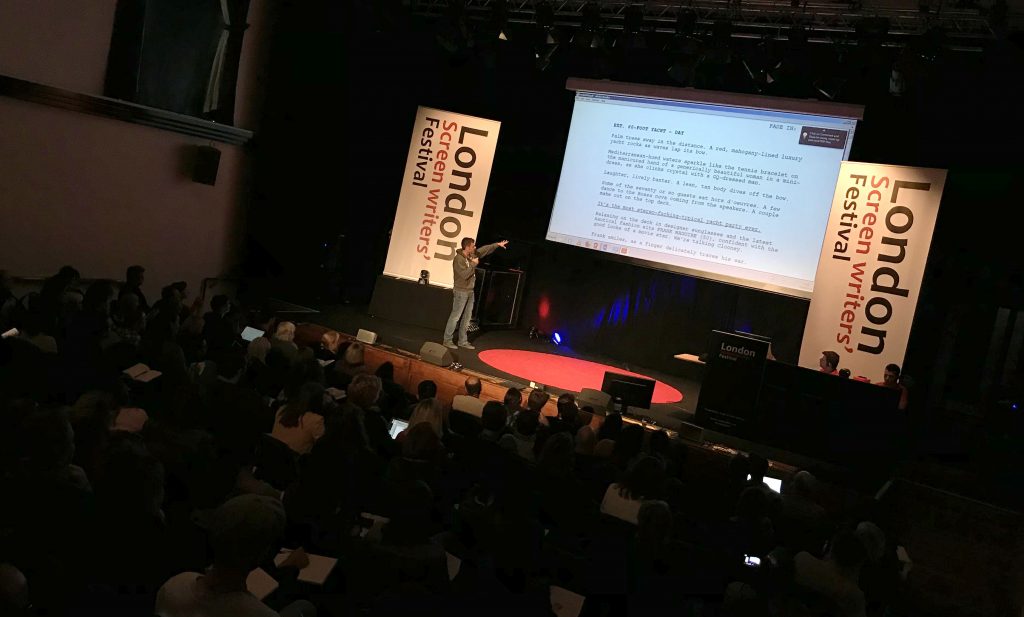 LondonSWF 2018
The ninth festival was our most challenging, for a number of reasons. But the team was the most experienced team to date, and it showed with a near flawless three days.
Memories… The best team ever.
Meaning… Trust in your gut.
https://www.londonscreenwritersfestival.com

The British Screenwriters Awards 2018
The fifth outing of the Awards was the first time we ALL felt we could nail it 100%.
Memories… Under-rehearsal terror
Meaning… Experienced team plus a little under-rehearsal creates the magic.
https://www.britishscreenwritersawards.com/

Jerusalem Awards
Our Christmas film from 2017 ended up winning best film at the Jerusalem Awards at BAFTA.
Memories… Seeing the film on the big screen, always a revelation.
Meaning… The magic lies in the dynamics between the push and pull of creative tensions.
www.LuminosityLondon.com

Launching Never Too Late
Our Christmas film about Santa needing physio launched in early December and reached over 1 million views over multiple platforms. Amazing.
Memories… Edit after edit after edit after edit… Refine, recut, polish until the diamond shines as brightly as it can.
Meaning… The joy of moving peoples hearts never gets old.
www.LuminosityLondon.com

Twisted50 and Singularity50 Book Launches
The Awards and Book launch began with a haunted house experience where we terrified our guests.
Memories… Ghosts and exorcisms in the dark, and the thrill of horror in the real.
Meaning… It’s SO much fun, this is not work!
www.Twisted50.com

As for next year…?
Well there are plans afoot as ever. Let’s see how the game evolves.

My last thought. It’s been a pleasure to write down the main and public achievements of the year. Of course there have been failures (an opportunity to learn) and small personal successes also. All just as relevant.

But to revisit the big successes reminds me of WHY I do what I do, and why I love it.

Why not write your successes down, listen to music when you do, and celebrate like a five your old.

Top 7 things I learned making my first feature 'I Am The Prize' by Oliver Purches
Why you are not successful yet. The truth.
We made an Xmas movie and you can watch it now...
How You Can Define Success for Your No-Budget Guerrilla Film by Brian Barnes
Top Ten Kick Ass Tips For Shooting Action Horror From 'Zomblies' Director Dave Reynolds
14 Things I Learned Making An Epic Fantasy Feature Film On A Low-Budget