In the next day or so, I will be making my choice over who represents Gone Fishing for international sales and distribution. Only two companies are in the running, both have very good reputations and deals to offer, and both I like very much.

We need to deal with this now as in the coming weeks we have both the BAFTA and Oscar Nominations announced, and if we are fortunate enough to be nominated, a whole whirlwind of activity will kick in, and the last thing any of want to be doing is hurriedly reading contracts and cobbling together half baked sales delivery items (when you sell a film you need to supply a whole pile of items which needs time to organise). 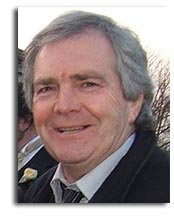 First off is Derry O’Brien at Network Ireland (NI). Derry came very highly recommended and has tirelessly helped us with personal calls and emails ever since he first saw the film. He is effectively like a traditional film sales agent, who handles all international sales for a percentage. His job would be to sell it to distributors worldwide.

The second company is Shorts International (SI) who are more of a quasi sales agent / distributor / partner, baes in the UK, with offices in LA and New York. They have a special deal with iTunes and the Academy in the US to do the Oscars nominated shorts release online and theatrically in the states. They also have a TV sales department and their own TV channel on Sky. They are very much a ‘technology’ forward looking company (with all the advantages and disadvantages that come along with that), and I have also had many very constructive conversations with them about what to do and how to handle the film for sales.

Personally, I would be delighted to sign with either comapny, BUT, both want to rep Gone Fishing! I wish my life was filled with these kinds of 'problems'!

Both NI and SI have strengths and weaknesses, not so much based on their abilities, more based on their own individual business models. In an ideal world, I would love to work with both – that would also give me the chance to share with the film community my experiences – as NI(specifically Derry) and SI are clearly the two most respected and active sales entities in the short film arena. In truth I have not heard a bad word about either.

I have got some hard conversations to have in the coming days to iron this all out so that everyone is a winner.

Should you distribute your short on DVD and BluRay? Guest blog from Danny Lacey: 10 things...
Making Feature Films For No Money: How I Made My “★★★★ Intense and Tender Psychological Th...
Selling your movie direct on DVD...
Why producers WILL NOT READ YOUR SCRIPT - shocking case study from one exec
Gone Fishing DVD comments
If You Build It They Will Come…