YES! This is my 500th blog entry! Can you believe? 500 entries… Just check out blog number 1 (and what a funny co-incidence too as we are going out with Summer Scars in June – and this really does show how long and indie film can take to go from idea to theatrical release). Note also, there is no catchphrase yet, that appeared on June 27th with our new Movie Blueprint cover.

UPDATE! In a wonderful co-incidence, we are also just a handful of DVD’s away from selling 500 disks! So buy yours now and if you are the 500th buyer, we will send a crisp new tenner back with it (or dollars if in the US). You can buy the Gone Fishing DVD here…  Remember, there are hours of extras on the DVD too!

And soon I hope to be announcing what the main thrust of the next 500 blog entries will be. Be assured, plans are in motion. 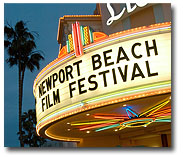 BUT! What better way to celebrate this milestone than with a win at a film festival! I just got word that we won Best Screenplay at the Newport Beach Film Festival in California, and Newport Beach is a biggie, so the award is important to Gone Fishing.

This is the first award for our screenplay, having won only Jury awards for best film and Audience Awards in the past. And for me it’s very gratifying as I know just how much work was put into the script from quite a few people. We worked for hours and hours of specific lines of dialogue, and it’s one thing that the people who have been taking our online seminar have been commenting on – how the script development process (which you go on if you take the seminar) is what gave us such good foundations for a completed film. It’s not a scripty film, with cool dialogue or angsty characters, and often I think people are dazzled by Verns amazing cinematography and Eddie’s great editing, forgetting all of this is built on solid foundations that we all worked so very hard on. Hoorah!

So thanks to Guy Rowlands, Martin Gooch, Eddie Hamilton, Jon Walker and Lulu (and lots of others of course) for taking the time to comment, sometimes rewrite, but always improve on the words on the page. This one if for the team!

The anatomy of creative failure and how to avoid it... turn the impossible into the inevit...
'Welcome To The Punch' writer director Eran Creevy interview about how he broke into the f...
How cliché is your script? Can you see your work in these two trailers?
One filmmakers success story - crowdfunding, crewing and Cannes at the Guerilla Filmmakers...
How one filmmaker secured a UK distribution deal for their £30k horror movie WITH advance!...
What REALLY makes a film maker successful? One simple strategy...
Tomorrow night, in Los Angeles… Gone Fishing meets an EVEN BIGGER FISH…!
Report from the End Of The Pier…

One Response to 500 Today, so let's celebrate with a win at a Newport Beach!