By Chris Jones on November 2, 2010 in Screenwriters Festival 1 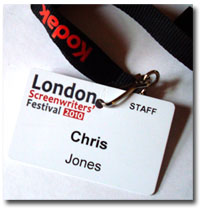 It’s day two now, since the London Screenwriters Festival 2010 ended, and day two of planning the 2011 festival. More on 2011 in the coming weeks and months, but for now, what was 2010 like?

Well we pulled it off, with minimal screw ups – yes we did get a few things wrong, but from what people are telling us, we got so much more right. It really was an intense three days, with nearly 100 speakers and over 70 sessions and 400 delegates. In fact by far the commonest complaint was that there was too much to do! It was usually followed by the recognition that ‘too much choice’ really isn’t a problem (especially since we filmed most sessions and they will appear in our private delegates area in due course). There were other problems of course, and we are addressing them for 2011… but overall, from the feedback we have been given, the Festival was a resounding success.

Personally, I have made lots of new friends and contacts, listened to some extraordinary speakers and have been privileged to share a stage with some immense talents. The whole experience was a kind of wonderful whirlwind filled with smiles, laughter, new friendships, inspiration and amazing possibilities.

Reflecting on our three keywords…Educate, Inspire and Connect… and I can say that we delivered on all three. In spades.

What I am personally most proud of is that we managed to achieve the sense that we are all in the same boat. That we ARE the film industry.  All of us. Be it a new writer attending the festival or Tim Bevan sharing his knowledge at the festival. There was no line between them and us, just one large celebration where everyone was invited and everyone had something to offer, to share, to ‘make a difference’. Awesome! Really AWESOME! 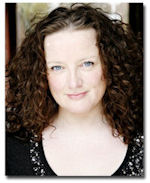 I also wanted to thank the simply marvellous Leilani Holmes for blogging throughout the festival, even when she was exhausted she made a real effort to bring the festival to you via my blog. So if you missed it, you can scroll back through the blog and grab some highlights…

Right back to bed. I am shattered!

One Response to Well that happened! The London Screenwriters' Festival 2010