By Chris Jones on July 2, 2013 in Breakfast Club, Distribution 0 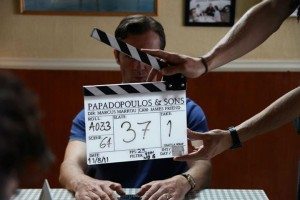 Theatrical distribution in the UK for indie pics is a very limited game. There are only a few players who would even consider your movie, and more often, new filmmakers opt to do it themselves. Whether you chose to use a distributor, or do it yourself, you will inevitably become very involved, so the two models, distributor or self distribution, are pretty much the same.

If you do self distribute, this is how to do it. In essence, what you will do is set up a new distribution company to handle the release of your movie. Think of it as a new arm of your existing production company. You don’t need to set up a new limited company for this, just continue to use the one you set up for production. Thankfully there are no major legal issues to deal with either, as you are not going to assign your rights to anyone.

The first thing to do is cut a deal with a theatrical booker. This is the person who will physically manage the release, after all, you don’t want to be bothered about moving a DCP from Scunthorpe to Brighton between the last screening on the Thursday night and the first screening at lunch time on a Friday. They do this day in, day out and know whom to use as a rock solid courier. It’s up to you to cut the best deal you can (assuming they want to get involved(, and for low budget films, it usually follows one of two routes – revenue split or up front fee.

Whichever deal you cut you will supply all the materials (DCP and posters etc.). They will manage the physical elements of the release such as ensuring DCPs, trailers and posters get to theatres on time. In the revenue split model you will share the returns after the booker has recouped their expenses. In the straight fee model you would pay an amount per print for them to manage the release. This is often something like £2500 for doing it, plus £500 per DCP, plus all courier fees (which usually aren’t too much, say another couple of hundred). Obviously the revenue-split method is less risky but your film will need to be strong to convince them to become yet another investor in this ongoing and probably burgeoning project and more often than not they will quite sensibly require a straight fee.

So you cut the deal. The booker will then take a DCP to a preview theatre and show it to the exhibitors (exhibitors being the cinema owners) after which the booker will cut deals with one or more of the major chains, and with independent theatres.

A launch date will be set some time in the future, probably about three to six months hence and the booker will report back to you. From then on much of the hard work will land on your shouldersm as much of the success of your film is down to press and elements such as the poster and trailer.

You now need to make a decision about your press campaign. Are you going to do it or are you going to pay someone to do it on your behalf? PR agents aren’t cheap but are excellent at what they do, namely placing you and your movie in high profile magazines, newspapers, radio, TV and online etc. If you decide to pay someone to do it, much of the hard work of the release will be taken care of by them. PR quotes are often in the range of £10-20k (ouch!), but we have had collaborative and excellent PR campaigns run by a small firm or individuals for as little as £2k. Arguably, this is some of the best money you can spend. Whether you do your own press or a PR agent handles it, this is what should happen.

My recommendation is to work with experienced and connected booker and PR peeps. They may cost a lot of money, but in my experience, they are worth their weight in gold.

Bookers will get you ‘in’ and run a tight ship, making sure your film plays in then right place at the right time.

PR people have all the connections and relationships you will struggle to create. They can make a call and place and get an article placed or interview set up where you and I won’t get the call returned.

How to run your own micro theatrical release in London: Case Study
The Three Pillars Of Successful Low Budget Horror Film Production
Demystifying Distribution: Real World New Distro Case Study Strategy and Tactics
Top Seven Tips To Crowdsourcing from Iron Sky creator Timo Vuorensola
Trust is the only currency in an untrustworthy business... stunning presentation from Prod...
What Can We Learn From SciFi Apocalypse Movie ‘Invasion Planet Earth’? Watch the Comicon M...
Chasing the dream? How to lead like a crazy person
Screenwriter and LSF’er Gabriella Apicella on her project ‘Honest Lies’