By Chris Jones on December 21, 2007 in Grading, Post Production, SFX 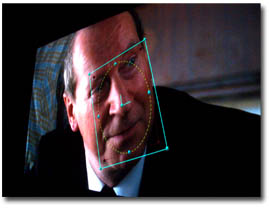 I spent today at Midnight Transfer, with senior colourist John Claude, and ‘Gone Fishing’ DP, Vernon Layton, conforming the movie and colour grading it. During the day we had a few visitors, other director and producer friends of mine, and some of the GF contributors – and everyone commented ‘Wow! It looks amazing!’

The first thing that strikes you when you work in an environment like MT’s grading theatre is just that – it’s a theatre. No computer screens or plasmas showing your movie, it’s up there on a cinema screen, with extremely complicated multi layered work playing back in real time. I am still reeling in shock at what we achieved in a single, but very long, day. The images already looked amazing, but now they are simply gob-smacking! What was most impressive was the real time selective grading of small parts of the screen, such as sharpening an actors eyes to give them more presence in a shot.

It’s been a very long day and there’s going to be another long day tomorrow too. I am now not sure that we will complete the grade before Xmas, but we will certainly go for it! Tomorrow, editor Eddie Hamilton will drop in too, as well as Visual Effects guy Russ Wharton so we can drop in his final marvellous work!

One strange aspect today was sitting in this silent, darkened and sedate theatre – and then going outside into the freezing cold circus that it late night Soho only a few days before Christmas! It really was like stepping into a whirl wind.

Do you love old school practical visual effects and their artists? Rick Baker, Rob Bottin,...
Colour Grading Your Film – Top Nineteen Tips For Working With The Professionals
How I made a SciFi Epic Film on a shoestring... Making KIDDO
Dick Smith, legendary makeup artist has died, his legacy for me, cannot be underaterd
Dragons, Reapers and Guerilla Filmmaking: Turning Writer to Director With My First Short ‘...
Bringing it all together…
Picture Grading… The Final Day…