By Chris Jones on February 7, 2008 in Post Production, Sound 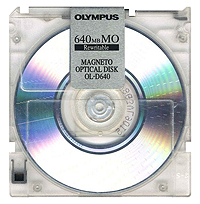 Since the premiere I have wanted to do a few very minor tweaks to the sound track. And I mean minor. When you see your film out in ‘the wild’ as it were, you always see something new that could be changed. This is the value of having the time to go back and make minor adjustments after the fact.

I always knew we would have to go back to the audio wizards Videosonics for some final mastering, so it was always possible to do few minor creative tweaks too.

We originally mixed the film in 24 bit and shot at 24fps, so we also need some new versions of the sound for different technologies… For instance, PAL DVD runs at 25fps and not 24fps and uses 16 bit sound and not 24 bit sound.

1. A version of the sound on DA88 tape which will go to Dolby and get converted to an MO (Magneto Optical) disk, which can then be converted into an optical / digital and optical / analogue format for putting onto a film print. Essentially, getting sound via light! If you get chance, look at a 35mm print and between the sprocket holes is a grey box – that’s Dolby Digital delivered on film.

2. A version of the sound in full 24bit for laying back onto the HDCamSR tapes.

3. A version of the sound that is slightly compressed for home theatres, in 24bit, for HD DVD and BluRay.

4. A version of the sound that is compressed and speeded up to 25fps and in both 24 bit and 16bit (the 16 bit version being for DVD) for home theatres.

5. And then, a conversion to Dolby E and stereo fold down for the HDCam version that we need. HDCamSR is what we have mastered to, and it is better than HDCam, but very expensive to use, so HDCam is more suited – but HDCam only has four audio tracks, so we need a way of getting high quality Dolby 5.1 (that’s six discrete tracks) into 2 tracks – that would be Dolby E!) Dolby E is a new one to me, so we will see how it goes.

And we haven’t even done an M & E mix! You can see just how technology is making things more complicated by the day.

Sound Mixing your film: Top Fifteen Tips For Working With The Professionals
How To Record Your Own Foley Tracks At Home
Top Ten Things To Consider When Mixing The Sound For Your Film In A Professional Dubbing T...
Nine ways to create a world class sound mix for your film
Can AI Topaz Labs SD to HD up-scaler significantly improve old video and film footage?
So the drive for the Oscars begins…!
Press Pack Draft 1