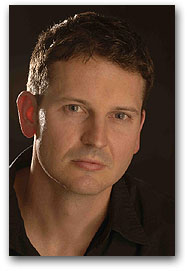 During the Heart If Gold Festival I met three film makers who had made a film on a cell phone called ‘Mankind Is No Island’, which had gone on to win many awards. Greg and Jason were around for the full festival and I interviewed them on the blog here (which also includes the film). But the third part of the team, Shane Emmet, did my two day seminar and then had to fly back home for work. He emailed me yesterday with this extraordinary and courageous story. Here’s what he said…

I was quite moved by your decision to pursue projects with more integrity after the passing of your father. I felt the same desire in 2006. You may not recall the story I briefly shared with you about my magical film moment at the Fox studios opening in Sydney watching a reel of Classic Australian films on the big screen sitting next to my sister who was also an actress. My sister Belinda Emmett was in fact the celebrity and I was basically her date that night. It was the same night she met her future husband Rove McManus who hosts a show here in Oz called Rove live. 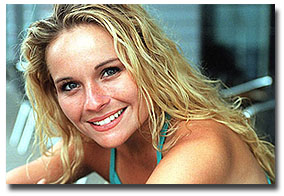 Belinda was best known as a character on Home and Away for about 5 years, and later went on to a number of other Australian TV series before finally playing the role of Eric Bana's wife in a movie called "The Nugget". Each year, Belinda would sing at a Sydney Christmas carols televised live around the country to an audience of 2 million and a live audience of 200,000 at the Domain in Sydney.

One year in particular, as a tribute, she sang "One Sweet Day" while behind her they projected pictures of those who had passed away. It was extremely moving and one of the most amazing moments of TV I have ever seen.

Belinda had contracted breast cancer at the age of 24, (she was 2 years older than me ) and was in remission and seemingly well until she finished shooting ‘The Nugget’. She then discovered that the cancer was now bone cancer. She struggled with it for another 8 years and finally passed away in November 2006 aged 32. She had almost finished her first album (music was always her first passion) which was released posthumously (and called ‘So I Am’). I went to Network 7, two weeks after she passed away and asked them if I could sing at the carols that were taking place two weeks later in two weeks. It would be a tribute for her, and what's more, I wanted to sing with her (I knew she secretly was hoping she would be well enough that year to sing at the carols) and asked if I could sing "One Sweet Day" live against the backdrop of her singing the song ten years earlier.

Later, someone put it up on Youtube. It was unquestionably the most difficult and important thing that I have ever done.

I wanted to share this with you as she was truly an amazing girl and will continue to be my greatest inspiration.

(Note from Chris – you can watch the clip here –

Thanks for sharing this Shane as I know it will inspire so many film makers too. Shanes story echoes so many other stories I have heard from people after they have seen 'Gone Fishing', whcih really makes the journey that much more rewarding for me.

The FIVE reasons your career is held back… and how to fix it
Kick Ass 2 writer director Jeff Wadlow podcast... don't ask permission, ask forgiveness
The phone rang, and from that moment, everything changed... PART 2
Why you are not successful yet. The truth.
Top ten Winston Churchill Quotes EVERY Filmmaker Needs To Hear
It’s never been bloodier in Hollywood!
Postcard from Guest Blogger Cathy Arton, Casting Director repping Gone Fishing at the ONFilm Festival, Virginia!

2 Responses to A story of courage from Australia to inspire us all..