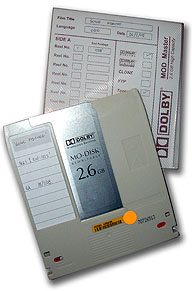 I have spent the last day putting together a one day seminar about film sales, and specifically how to make final delivery to a sales agent or distributor. I have sat in on several sales meetings recently and have been surprised at how much stuff these guys need or want, and also how technical it can be too.

‘Making Delivery’ is the final hand over of the film from the producer to the sales company, and on the face of it, sounds simple. Sadly, it’s far from simple as they require so many items that seem, to the film maker, esoteric and pointless. Indeed some of these items are and any good producer would negotiate this list down. How much you haggle down that list of items could save you tens of thousands. Really! But some stuff really IS needed, and without it they can’t sell your film.

And so I have decided to put this seminar together, to demystify the whole process and deliver what I consider to be the definitive 21st Century Delivery Schedule. It’s a struggle though as the list is soooo long and technical, but essential if you intend to sell your film at all. The length of the list and complexity is why some film makers end up getting ripped off, they just don’t understand it and so agree to it all, or throw their hands up saying, ‘It’s all too much, I will just sign and be done with it!’

Just as an example, here are a couple of items form the sample contracts I have been working with (note the numbers which relate to the item number)…

44. DA88 6-Track Conformed Print master
One (1) DA88 6-track Print master manufactured from the 6-track stereo master. This must be in perfect synchronization with the PAL Digi Beta Video masters, with a matching continuous time code.

So are you ready to deliver these two items for your film? The list I was working from contained nearly 100 items! And all need to be understood and delivered.

My take is this, understand exactly what everything is, negotiate what you know is needed and why, and then build that into your budget. Either you pay for it, or the sales agents will, and they will deduct it from sales (and they won’t do it on the cheap like you could).

I hope to officially announce the course in the next few days.

What’s the one thing missing from your financing arsenal?
Selling your movie direct on DVD...
Making Feature Films For No Money: How I Made My “★★★★ Intense and Tender Psychological Th...
Should you distribute your short on DVD and BluRay? Guest blog from Danny Lacey: 10 things...
A Masterclass In Microbudget Film Making - Interview with 'Paranormal Activity' writer and...
Festival Grid Lock… and we are going to need a bigger shelf!
The Mystery Box…