I am a pain to buy Xmas presents for, and in that spirit, I have decided to list a bunch of things I would have loved to get for Xams, if I didn’t already own them! It’s a way for you to avoid getting the mythical pair of socks or DVD you really don’t want, from your Aunt Ethel.

Of course, a few of these things are our stuff too, but the majority aren’t.

So here we go… 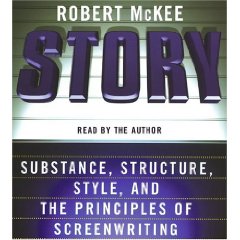 Robert McKee’s ‘Story’ audiobook, abridged on CD at Amazon or a download at iTunes. It’s not the whole book for sure, but then the whole book may give you a migraine. It’s a fantastic way to get inspired and re-affirm much of what you already know in over six hours of mesmerising lecture on the nature, art and craft of story telling. Great stuff. Only a tenner.

The Story Of Anvil – if you have not seen this documentary yet, you must add it to your Xmas list. It’s funny, it’s touching, it’s inspiring… and yes it’s also about heavy metal. But more importantly it’s about a dream, and holding fast to that dream, no matter what anyone else says. Anyone who has made a film and been through sales and distribution will recognise similar patterns and frustrations in the music business. I have seen it in shops discounted to £7, and I am sure you will find it online for similar prices. 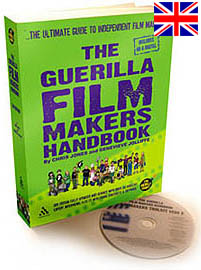 The Guerilla Film Makers Handbooks – yes there are four now, can you believe! The original UK Green book, crammed with interviews, the yellow  Hollywood book, again crammed with interviews, the new orange Documentary book and finally the best selling Movie Blueprint, my own personal ABC of the process undertaken when making a world class movie for very little cash. You can buy the books on Amazon, in book stores or direct from us and get them signed by Chris. Here is our website. 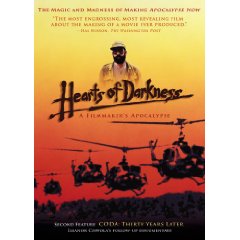 Hearts of Darkness, the stunning documentary about the making of Apocalypse Now, and one of the only films I have ever seen that really captures the insanity of the film making process. Shot on film and made by Coppola’s wife… Here’s a snip from an Amazon review… ‘All the interviews to camera are highly absorbing – especially scriptwriter John Milius, Martin Sheen and Coppola himself, whose closing monologue, recorded more than 20 years ago, is still just as profound and relevant today… perhaps the most dramatic moments are of Coppola on the phone to Hollywood, desperately trying to keep the lid on Sheen's heart attack so that his studio doesn't pull the plug on the whole shebang…Hard to get hold of in the UK but you can find on eBay and also on DVD at Amazon here. 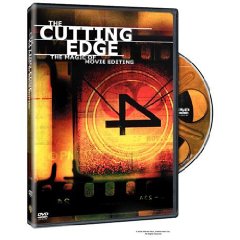 Cutting Edge – a fantastic DVD on the history and art of editing. I was glued to this when I first saw it on TV and immediately rushed out and bought the DVD. Narrated by Cathy Bates and featuring a raft of the best editors in the world. Great stuff. Available on Amazon. UPDATE from Rob Worth… Chris, If you buy Bullitt (the 2 disc Special Edition) you get the Cutting Edge film on the second disc.  And it is only a fiver (less than Cutting Edge on its own) and you get Bullitt for free! 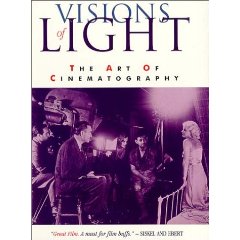 Visions Of Light – the now legendary DVD about cinematography, made in the early nineties, but still an awesome journey into the art and craft of  lighting and camerawork. There is a US import and BFI released DVD, both available on Amazon. I saw this when it was first made and it changed the way I understood the way cinematographers work and what they do.

Gone Fishing, the workshop – with FREE DVD’s and a seat on the upcoming final chapter workshop (or free upgrade online when the final chapter video is added to the online workshop after filming in January). Nearly one year old now and still growing in both content and followers, this online workshop has now helped hundreds of film makers shift several gears up to accelerate their own possibilities, careers and movies. It really is film school online, like n
o other. We also offer a 100% guarantee – ‘Love it’ or get your money back. You can sign up here – you will get 2 free Gone Fishing DVD’s in the post, AND invited to the final workshop in January in London – dates TBC. 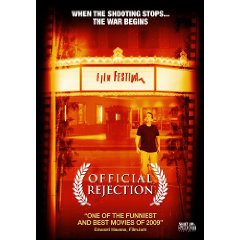 Official Rejection – A documentary following the exploits of a group of filmmakers as they take their independent feature, "Ten 'til Noon", along the film festival circuit, and the politics, pitfalls, triumphs and comic tragedies they encounter along the way. A must see for young filmmakers on the pitfalls of indie film. On Amazon here.

Gone Fishing on DVD – with the special Xmas offer of Buy One Get One Free – one for you, one for your mum.  Remember there are loads of film makers extras too, showing you how the ONLY UK produced short film made it to the Oscars 2009 short list (including Chat tracks – detailed behind the scenes discussions with writer director Chris Jones, cameraman Vernon Layton and Editor Eddie Hamilton (RT 52 mins total) plus the complete video blog at the Academy Awards Qualifier Rhode Island Int Film Festival (RT 40 mins) – you can buy here.

OK… If I think of any more, I will add them today.

Meet Jonathan Newman, writer and director of ‘Swinging With The Finkels’, inspiring Q&...
How best to be a filmmaker in 2015?
'Only the valiant should create, only the daring should make films'
250 seconds that will re-ignite the passion in any filmmaker or screenwriter
'50 Kisses' achieves a GUINNESS WORLD RECORD
How secure is your data? Do film makers create more data than most others…?
2010 Oscars Shortlist Announced… and only one British film again!

One Response to Ten great ideas for Film Makers at Xmas