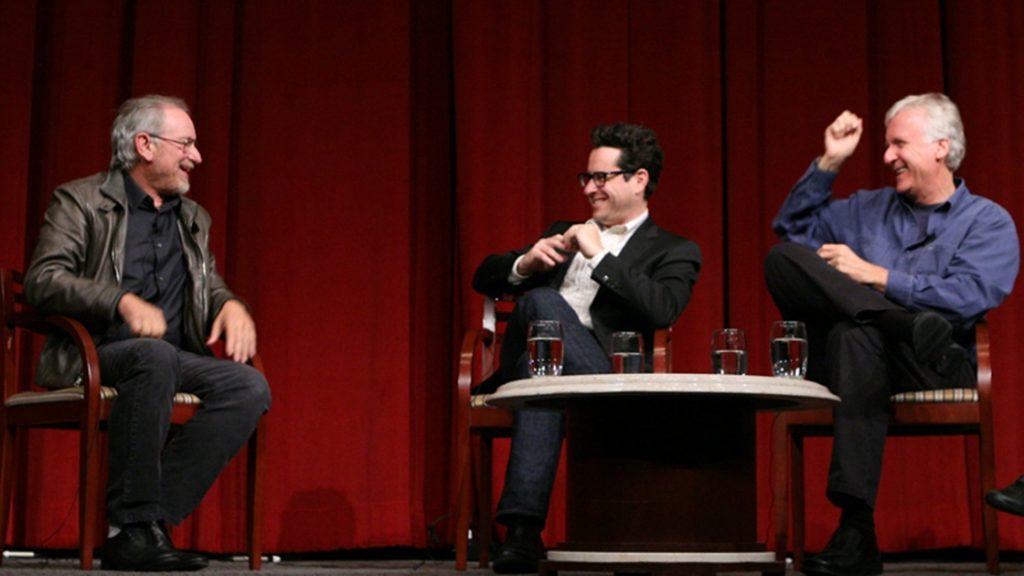 Earlier this year I wrote on the blog about a seminal documentary that aired in the 80’s, about how ILM created visual effects. It was made by the BBC as part of the Horizon series. And when I discovered the doc in my old archives and posted it, I found that many other film makers shared that seminal experience (you can watch the documentary here).

For this generation of film maker, Spielberg was the film maker whose worked represented the pinnacle of popular movie making. And so when I discovered that the DGA just held a tribute to him, with James Cameron and JJ Abrams, AND they filmed it… AND made it available free… I cleared my schedule for an hour and a half of the master in conversation with his contemporaries.

And it doesn’t disappoint.

Sure, I’m not sure that I learned much new about Spielberg, but to listen to him in conversation with James Cameron and JJ Abrams is a rare treat that is 100% unmissable.

Do yourself a favour and watch it now. You can watch with the link above or by clicking here.

How To Write For Hollywood And Live In The UK: Podcast with Stuart Hazeldine
Why Star Wars endures so powerfully... It’s nothing to do with fan boys and EVERYTHING to ...
What’s the number one reason you won’t get hired to make THAT movie?
If money were no object, what film would you write, what movie would you shoot?
Top Quotes from spectacle-meister Cecil B. Demille
Making 'Ink' with Jamin and Kiowa Winans

Top Ten Tips For Titling Your Movie
Should you use a title sequence for your movie?

One Response to Listen to the masters, Spielberg, Cameron and Abrams… WOW!