This weekend, I went back to my home town, Wigan in the North West of England. It was for a family event. While there I spent time with my mum doing some shopping. It was while in ASDA, watching the young people, middle aged people, and older people, slogging their guts out, that I remembered the NMW. And for me at least, it was very stark reminder of why there does need to be a NMW.

And it also reminded me that the very worst days I had ever experienced as a film maker were significantly better than the best days I myself had also experienced during my short engagements in ‘shelf stocking’ style work. The two are so very far removed from one another. That they are ever compared amazes me.

My brother also wrote to me after catching up via the blog – his name is David, and as kids, where I was imaginative and rebellious, he was academic and studious. Thankfully we were both creatively entrepreneurial, and he runs his own very successful business.

I wondered what someone who is NOT engaged in film making would make of it all. Here is what he had to say… 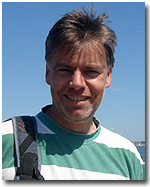 Having read your blog and report on the BECTU debate yesterday, I felt compelled to share my feelings on this topic with you. These are based on my own experiences in a completely different industry to film-making.

Having pursued a conventional educational route through school, college and electronics at University, one might be forgiven for believing that finding a well-paid job with a clear career path would be straight forward.   Jobs were out there, especially for people with the right academic background, inter-personal skills and some experience in the industry.  Those who did not have this mix had a far touger task of finding a first position. But how do you gain experience without first having been employed in industry ?

In my own case, I worked on several projects during my time at University – mostly for industrial companies that had formed contacts with the University.  This work was exciting, fantastic experience and rewarding in the sense that the work that I had done was used in real products.  I got a bit of money for my efforts – great for a hard-up student – but the real pay was in the experiences that I had gained and the confidence that it gave me for when I finally did embark on a career path.

Did I consider myself exploited ?  No, not really.

Yes – the company for which I had worked so hard – often late into the night – had “cheap labour”, but I gained a huge amount of experience and my payback came later in the form of a foot-hold into a long-term career.

Pay does not have to be financial – offering somebody the opportunity for diverse experiences in those early, formative years of their chosen career path has a much greater long-term value.

Exploitation is something very different.  Go to SE Asia and look in the sweat shops – this is exploitation.  Do we not all exploit these workers when we buy cheap clothes and food ?

I’m sure that the intentions of BECTU are good and honourable, but any laws passed must be able to differentiate between those who are really exploited in the UK and those who choose to work within an industry to gain essential early-career experiences without which they may never get off the ground.

Imposing tight regulations such as a unconditional minimum wage will throttle the smaller companies who themselves are often underpaid, trying to compete with the bigger players.  Maybe adequately funding the film industry to provide support for such an infrastructure would be the sensible first step ?

Thanks for a perspective from outside the business.

UPDATE 2 – Also, BECTU now have a fabulous board up and running here, so if you have any NMW comments, maybe that’s the place for them. I intend to step out of this debate for now, instead, advising privately (if and when asked) BECTU on a structure to help protect everyone. Let’s keep open eyes and hearts and see where this leads.

My First Lessons In Guerilla Filmmaking Transmedia Style! By Kristi Barnett
Networking With Film Makers… how do you do it?
How You Can Make Money With Your No-to-Lo Micro-Budget Film
After years working in the real world finding my life rushing past me faster and faster, i...
Short Films on the film festival circuit, a view from one film maker... Chasing Cotards
How one filmmaker secured a UK distribution deal for their £30k horror movie WITH advance!...
How to write a killer letter to get help for your project…
TV sales, more awards and listen to the music for free