Following on from last weeks post about camera mounts for 5D MkII, I was sent a link for another kind of mount – a helikite. It’s a mix between a helium filled blimp and a kite, and allows the camera to make very smooth aerial shots. The clip above is probably shot using a helikite, and probably has some post production jiggery pokery in After Effects too, I just don’t know as the film makers hasn’t revealed his secrets. Yet… 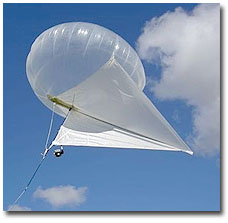 What’s amazing about the DSLR evolution is all the new tech and rigs that allows photography that was previously near impossible without huge rigs. Now it can be built in a garage and packed in the back of car!

Shooting 'Mad Max: Fury Road' with DP's John Seale and David Burr: 2 hour masterclass
Lessons Learned On A DSLR Drama Shoot... Day 2 Wraps
Which email service should YOU use to stay in touch with your group?
Shooting Steadicam and Low Budget Aerial Shots using Canon 5D MkII
EXAM gets a 70 print release in Mexico and wins a Hitchcock award!