By Chris Jones on November 7, 2010 in Production, Screenwriters Festival 5

I thought I would repost this blog about what happens when you undertake a massive venture with a dedicated team. In this case it was the first London Screenwriters’ Festival, but it’s the same deal with a film too. 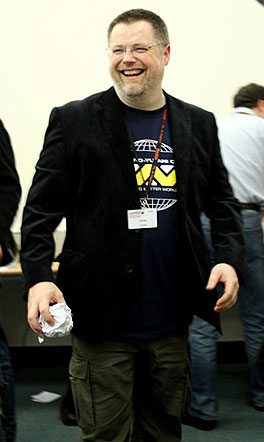 Post event blues is a REAL condition… you get it when you wrap your film.

…I spent pretty much all of last week just coping with doing the daily stuff I needed to do, in order for the business to function. Well just about function.

This weekend I have done a lot of one thing. Sleep. It’s no surprise really, but I was surprised at just how ‘down’ I felt last week. And I reflected on why.

Of course it’s to be expected, after such an amazing event, who wouldn’t miss it?

And after bonding so powerfully with an amazing team (Judy, Gemma, Mina, Oli, Michael, Lucy, Phoebe, Chris, Oli two, the third Oli (!), Matheus and of everyone else who I can ‘t list), who wouldn’t miss them in the office (always bright and early as well as late at night)?

Of course, that all makes complete sense.

But what I am talking about, the ‘post event blues’, that is something deeper.

I have suffered form this ‘syndrome’ after every major challenge, the films, the books, and now the festival. So what’s it really all about?

Aside from the above, there is a marvelous domination in running an event like the LSF, or making a film. When you are doing it, pretty much nothing else matters. That focus, that clarity, it’s intoxicating in today’s distracting world. Inside that pressure cooker is a kind of bliss. If you have been there, you will know what I am talking about. I first experienced it while making my first feature, The Runner. Six weeks into the shoot, I distinctly recall driving a truck load of gear down a road in Wales, and thinking ‘gosh, what was life like before this?’ I couldn’t really connect with the idea of sitting down to watch TV for instance. That seemed like an alien concept. Such was the domination. And as I said, it was bliss.

(You can see that same bliss written all over my face in the picture above, taken by Leilani Holmes, in the chaos of the LSF production office on Sunday night – you can’t fake that!)

But I believe that there is a chemical component to it also. It makes sense on a biological level. For weeks (actually probably a couple of months), I have been running on a heady cocktail of natural chemicals that are released throughout the day. Be it adrenaline, serotonin or dopamine etc, all have been released regularly as we faced daily challenges, won some and lost some… And last Monday we all, the entire team, went from 100mph to dead stop in a moment. No wonder I wasn’t sleeping well for a whole week, only really managing to rest fully this weekend. I had become a chemical addict to the event we had undertaken.

And this mix of camaraderie, of laser focus (through the domination of the event that cannot be moved) combined with the chemical brain cocktail… well that’s what we film makers often become addicted to. It’s why very often we don’t enjoy sitting on a beach or making small talk at parties. Our brains are racing with possibilities, always attempting to re-create the circumstances where we can indulge in that lovely camaraderie, focus and enjoy our natural chemical addiction.

And personally, I wouldn’t have it any other way.

And it’s why already, I am plotting the next LSF already…

Why producers WILL NOT READ YOUR SCRIPT - shocking case study from one exec
Dragons, Reapers and Guerilla Filmmaking: Turning Writer to Director With My First Short ‘...
Tactics To Get Produced: Podcast With Prolific Brit Producer Paul Webster
UK Indie Film Success Strategy: Tightly resourced productions with dramatic but contained ...
Making Feature Films For No Money: How I Made My “★★★★ Intense and Tender Psychological Th...
Well that happened! The London Screenwriters' Festival 2010
The little blue line of death…

5 Responses to Camaraderie, focus and chemical addiction – are you an addict?