By Chris Jones on September 12, 2013 in Screenplay, Screenwriters Festival 0 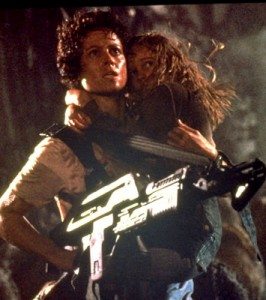 Ripley protecting Newt in ‘Aliens’, Chief Brody afraid of the water, and by extension, the shark in ‘Jaws’, the King needing to overcome a speech impediment in ‘The Kings Speech’.

All of these things ‘we get’ and can connect with on a deep and profound level.

Yet, paradoxically, as storytellers, we use lies to reveal ‘truths’.

The world of your story is a kind of imagined and manufactured wrapper around the characters. The characters, the people who inhabit that world, are fundamentally what we engage with.

We can be dazzled, amused or intrigued by the ‘world’ of the story, but it’s not what we really connect with. It’s not really true.

In my experience, too much time (at script stage at least) is spent making the world of a story feel credible, honest and authentic. Almost to the point where people lose focus on the fact that the ‘world’ is the wrapper for the real truth – the humans in the story.

While we may think we are going to see ‘Lord Of The Rings’ for the amazing universe, we are really going to see Bilbo, Aragorn, Gandalf, Gollum etc. do their stuff in that amazing world. Without them, we would simply gaze at imagined portraits of dreamed worlds. Interesting for a time maybe, but not long.

We can stretch the world enormously if we continue to connect with the characters. If they believe it, we believe it. And if they ALWAYS behave like real people, then again, we will most likely go along with it. Even when the world stretches beyond normal credulity.

Hollywood has in many ways lost the plot on this aspect of storytelling. The have forgotten that the emotional rollercoaster is far more engaging than the spectacle movies can offer. But then I guess it’s hard to put that emotional experience into a 90 second trailer and distil it down to a poster for a $100m movie that people MUST see. 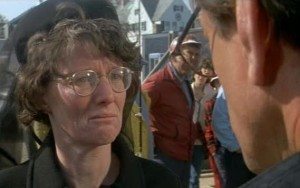 To create the most credible of worlds, we draw on half truths…

I am sure great white sharks have terrorized communities in the past, but more often, we hear of one attack a year in the news. To take that story up to ‘a shark that get’s a taste for humans’ is really a lie, but it’s grounded in a truth. So as long as Chief Brody buys it, we do too. His fear of the water, his emotional truth, sells us the lie. Even when we know it’s a lie, we go with it willingly.

And if we can get strong emotional truth, we can do so much, with so little.

Again in ‘Jaws’, the scene were Brody is confronted by the mother of the boy who was eaten just yards from the beach… it crackles with emotional truth. We get who she is. We got how Brody feels. It’s people doing truthful things inside an artificial world. 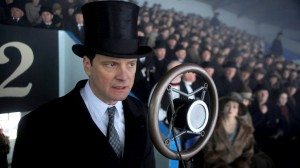 Stories are at best a perspective on events (events that might be true in some instances – but still a perspective), but most often they are complete illusions and artificial.

So in many ways they are a lie.

But we buy into this lie so that we can experience the truth at the heart.

We can stretch the story (what happens in the world) so long as the characters engage in a completely truthful way. And the script is just one level of the illusion – actors, designers, musicians etc. they all bring further layers of truth to the work.

In the end, we tell lies to reveal truths.

We the audience know this as we are willing participants in the deception.

And when the magician gets it the illusion just right, using emotional truth to deliver spectacular stories and worlds… we will love them for it.

Why Star Wars endures so powerfully... It’s nothing to do with fan boys and EVERYTHING to ...
‘Inception’, a screenwriters masterclass
Kick Ass 2 writer director Jeff Wadlow podcast... don't ask permission, ask forgiveness
Tangerine: Shot on iPhone 5s and with near zero budget, the ultimate microbudget mastercla...
'Welcome To The Punch' writer director Eran Creevy interview about how he broke into the f...
Why story days are essential for your screenplay: Rocketboy redraft nears completion
So it’s time to confess… I have a mental illness…
Watch a truly innovative short film that will open doors for filmmakers