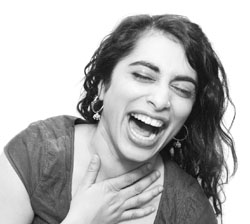 So now the dust is settling on the Comedy Writers Festival, I thought I would share some photos (above) and some feedback from our delegates.

‘I had a blast at the London Comedy Writer’s Festival. Brilliantly run. Great events. It’s the best one I’ve been to’
Robert Popper – ‘Peep Show’, ‘The IT Crowd’, ‘South Park’.

Brilliantly organised and managed and for me at the perfect venue. Advice like that is GOLDEN for scribes like me.
Ed Griffiths, Writer

‘I flew in from Australia and stayed awake! Not every event would be that intriguing.’
Mark Juddery, writer,
Canberra, Australia.

‘This festival is amazing! I’m from Belgium, but I’ll come back as often as possible! The speakers were so kind, available and generous on advice!’
Julie Bertrand, script-writer, Brussels, Belgium.

‘An amazing opportunity to see, smell and touch success, and even ask questions of the lucky bastards who have it.’
Rick Limentani, writer, UK.

‘I came to the Festival for inspiration and contacts, and got tons of both!’
Sean Kelly,
writer, Sunderland.

‘Advice, technique and contents from speakers at the heart of the industry.’
Katia Hadidian,
writer, London.

‘If you are seriously thinking about getting into comedy writing, The London Comedy Writers’ Festival is not to be missed.’
Liz Hobbs,
writer & performer, London

‘The Comedy Writers Festival educated me through seminars, inspired me through the script chats
and put me in contact with future collaborators.’
Reuben Christian, presenter / writer / performer, Stratford, East London.

‘This is the best place to be for people who are unsure how good they really are at comedy writing. The London Comedy Writers Festival can help you make a decision and grow.’
Roger Ajogbe, writer / journalist, London.

‘Congratulations to everyone on a fantastic weekend. The speakers were brilliant and the talks packed with useful information. Thank you so much. I’m looking forward to the Screenwriter’s Festival in October already‘
Sarah McDougall, Writer

‘I just wanted to say thanks to everyone for organising the comedy writers festival last weekend. What a great chance to meet people and learn so much. Please run it again next year. It would be great to return having achieved so much in the meantime.’
Sam Gould, Writer

‘‘The festival was all about connecting with other writers and thanks to its friendly open atmosphere it was easy as. It was also helped by one of the most useful name tags/lanyards that I’ve seen at any festival thus far that made it easy to identify who you were talking to without looking like you were squinting at their middle shirt button or worse.

Griff Rhys Jones’ keynote speech delivered in spades with wry and inspiring tales of his time in the comedy biz and the other speakers that I saw were all engaging and generous with their time. The only criticism I would have is that sometimes the session moderators didn’t stick a hundred percent to brief and let sessions drift into cozy fire side chats, which while entertaining weren’t what I was expecting. I have to say though, the festival organisers did their best to cram as much information, value and networking into the two day event. I’m incredibly happy that I went and felt like I made the most of the experience and I would happily recommend the festival to anyone thinking of going next year.’
Brett Snelgrove, Writer

Brilliant! And the signs are that the success of this event has sealed our commitment to another genre festival on the Spring of 2012! Bring it on!

Canon 5D MkII versus Film in the real world… the result?
Short film opens doors in LA for Brit Film Maker
50 Kisses selected for the Rhode Island International Film Festival 2014
Using video blogs to share your film experience... Rhode Island from the archives
Tomorrow I Fly Out To Finland for the Tampere Film Festival, and maybe the Northern Lights
Short Films on the film festival circuit, a view from one film maker... Chasing Cotards
The London Comedy Writers Festival 2011… and that’s a wrap!
Let Ted Hope and Christine Vachon, producers of over 53 features and over $197m at the US box office since 1986 show you the #1 way to attract financiers, distributors and A-list talent to your project!