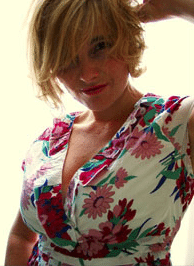 Guest blog from Kristi Barnett (right). I asked Kristi to share her experiences making her innovative, no budget Transmedia project…HURST

Every writer and film maker has their own reason as to why they’ve chosen to get into this creative and sometimes soul destroying medium.  For me, it was a constant influx of ideas and stories running through my mind from a very early age.  Take that incessant build-up of stories over a period of 28 years and you’ll understand why I decided to finally produce one of these ideas myself and turn it into reality.

I’d been writing for almost three years going through the machine; handing my scripts to producers, agents, friends of producers and agents, paying for courses and books on how to sell a screenplay and get things made.  I’d done it all.  Finally I came to the realisation that I was no one.
I had no credits, nothing produced, I was writing genre stories that had big ideas and probably big budgets.  Agents were not willing to invest their time in a no-one despite winning awards.  They were more elusive than Producers who at least were looking around for screenplays.  But who was I?  And were they looking for the exact story that I’d written?  I’d found my first champions in the creators of Combined Mind and was also very inspired by Chris Jones. These people kept me going.  But I had to get something produced if I was ever to alleviate my burning desire to get my ideas out of my mind.

I wanted it to happen fast and I wanted it to be cost effective. (I was convinced someone would beat me to this idea and I had no money).  In my mind it was obvious; the quickest and less costly way to get something produced and distributed is through social media; more specifically, transmedia.

Transmedia is a technique of telling stories across multiple platforms and formats.  As new forms of internet communication evolve, more and more film makers and writers are taking the opportunity to get their stories out to the masses.  Social networking has provided a platform for transmedia projects to flourish, allowing new and diverse ways of storytelling to emerge.

With this in mind, I’ve decided to use a different approach to getting my stories in front of the public in a unique way that hadn’t been tried before and the key… is twitter.

I am using Twitter and its 3rd party applications like Tweetdeck, to tweet out the first Twitter movie over a 3 week live period, using pre filmed footage and photos to supplement a creepy story.  Officially called HURST (aka@KarenBarley), the story revolves around Karen Barley who is convinced by her sinister boss, to go into a suburban woods for an outdoor project.  She takes her boyfriend Darren with her and over a 3 week multimedia event, strange things start happening and she uses twitter to share her story which sees her spiral into paranoia that leads to tragic consequences. 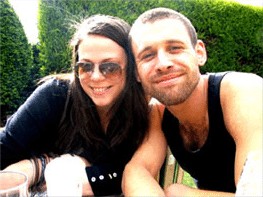 So what did I actually learn in my first foray into producing and directing such an ambitious project?

1. The less money you have, the more you have to do.

2. Story and Cast, always make these the best you can.  Don’t cast friends, audition, you won’t regret it.

3. The more you have to do, the more chances you have of forgetting things (make lists!).

4  Forest daylight is not the same as normal daylight… it goes away quicker!

5. Neighbours and normal folk may not understand why you’re up at 12.30am on a Monday night, slamming, doors, having actors yell and thump about… luckily I did tell them what we were doing and they wished us luck. (Probably secretly wished us to **** off) 😉

6. When you buy a tent… it should come with pegs… it should.

7. Always try and tell your safer neighbourhood team that you’ll be in the forest at night screaming.  We did tell them…but I was so afraid they’d say no that I lied about the date at first. (I had my logic).

8. Maggots last over a week in the fridge. (But you may get sentimental about them).

9. You really do need at least 3 crew members. (microbudget filmmaking) My crew were awesome but a lesson learnt… someone needs to write the logsheets as a unique role. Luckily our logsheets only went awry on the last few scenes.

10. That 3rd person would be the one calling the takes for the “clapperboard” (our hands)… instead we all had a go and as my head was so frazzled…I generally said the wrong thing.:P  Luckily my AD/Editor Danny Tate was understanding.

13. Have a larger fridge just for beer.

14. Don’t put the pizza on Grill and forget about it.

Oh and by the way…. the less money you have, the more you have to do!

So as you can see it was eventful and hard although in hindsight much more successful than bigger productions. We only missed 3 scenes and Gemma and Benjamin were so accommodating that they agreed to come back the next morning and get them in the can (or the SD card).

1. If you have a unique idea on how to reach people with your stories, others take notice.

2. Find a good editor who has good ideas about media and what works.  I had my good friend Danny Tate of Jellyfish Media uk.  He proposed a pre story trailer to help drive people to her twitter account.  No one would’ve taken what I was doing seriously without this trailer! Which leads me to my 3rd point:

3. If you can edit a trailer for your story before you release the film…. DO IT!

4. Transmedia takes a hell of a lot of maintenance to mak
e sure the story is coming out properly.  I am constantly, every day, monitoring the Twitter, Facebook and Youtube software and websites to make sure they’re performing properly and I’m always looking at my phone to respond to people who are tweeting back to Karen.  Very tiring when you have a fulltime job!

5. Post your unique idea to every blog and website that fits your niche.  You will have people picking up on it.

6. Try to find a PR contact to help you with promoting.  With the exception of a few friends and trusted colleagues, I’ve been slaving at promoting this myself; very hard.

7. Try to make your low budget guerrilla story local specific. This means you can contact local papers in what you’re doing.  This could snowball to other news agencies like the BBC!

Check out the trailer here:  http://www.youtube.com/watch?v=z78pxhvQVDk

Thanks Kristi, it will be fascinating to see how the project evolves.

Modern Technology on Modern Man for Virgin Media Shorts
How You Can Make Money With Your No-to-Lo Micro-Budget Film
Networking With Film Makers… how do you do it?
Top Ten Microbudget Tips: With a crew of 2 and budget of £500... what can be achieved? Jaw...
How To Write A Guest Blog Post: Top 19 tips to getting your message out