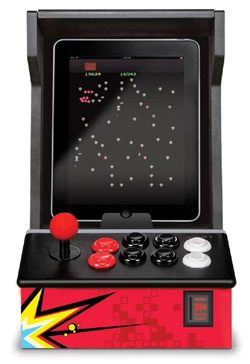 If it can go wrong, it will go wrong. That’s the motto for Guerilla Film Makers for sure…

It’s also what happened to me this Christmas… one highlight being the moment the locking wheel nut key, the only way to remove a wheel on a car (my tyre had blown out), slipped and bounced out of my hand, right into the drain on the M6… and that was just the start!

So yes, Christmas this year was an adventure for sure, and so this blog is a week or so late too.

Aside from aforementioned festive catastrophes, I wanted to share one amazing thing I discovered this year. Every Christmas I tend to get a little nostalgic. One year it was brought on by digitising all my old music, another was organising my old photos in albums…

This year it was the return of the Arcade!

As a kid I had a number of loves. Movies, preferably big, silly and bombastic. I loved equally over the top music too, such as Meat Loaf. Comic books were my second love to film, and I nearly perused a career as a comic boos illustrator (though I was not nearly disciplined or skilled enough). But in the early eighties it was arcade games that captured so much of my time and heard earned paper round money… Asteroids., Galaxian, Galaga, Battle Zone, Defender… even now I smile just reading those names.

And so when I was given an iCade for Xmas, a special controller for an iPad, I was mightily excited. This was soon followed by disappointment as I discovered only a few games supported it. But in my Google travels for an answer, I discovered a whole pop-sub-culture of people playing these old games using an emulator called MAME (Multiple Arcade Machine Emulator).

MAME is a free software emulator that can run the old skool games right on your desktop computer. Not copies of the games, but the actual games themselves!

And it’s REALLY easy to setup.

How I never knew about this I will never know!

First you will need a copy of the most recent version of Mame – official site here http://mamedev.org/release.html. Direct link to Windows download here (there is a Mac version too if you Google it).

Just run it and unpack it to a folder on your desktop.

Inside that folder you will find an executable file called mame.exe. This is the emulator.

Next you will need some games. 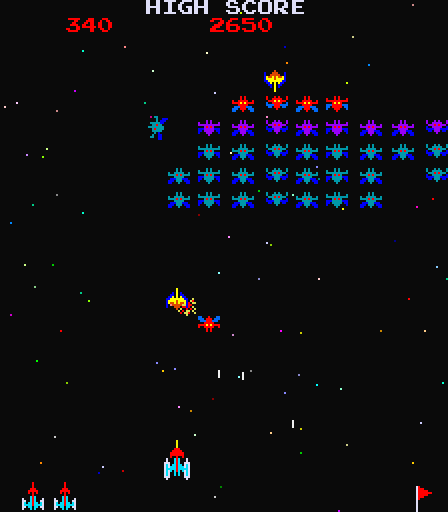 These are referred to as ROMs. They are in fact very small Zip files that contain the machine code from the actual games. There are loads of sites where you can find these ROMs, and once downloaded, just pop them in the ‘rom’ folder inside your ‘mame’ folder on your desktop. Easy. I got most of mine from http://www.rom-world.com.

Just like sharing movies or music, this is technically illegal, though I am not sure who is going to chase you for a 1980’s video game, especially when there is such a huge and thriving sub culture openly sharing files (and has been doing so for over a decade).

Once you have your Roms installed, double click on Mame, follow the prompts and your are suddenly transported back to 1981 with authentic graphics and sound effects.

Like movies and music, revisiting these old friends puts me back in a very specific time and place, and for that I am grateful to the developers who created Mame and released it free for us all to enjoy.

Now, pass me the joystick!

PS – Yes I know Apple released iMame over Xmas, and yes I know it withdrew it within days, and no I didnt manage to download it. Grrr!

Day Of The Flowers, true Brit crowd pleaser attracts critical acclaim
12 ways to rewrite your British written spec script so it sells in Hollywood
Facebook and Instagram Jail… A Cautionary Tale…
I think I’m gonna need a bigger notebook! LondonSWF365 exceeding even our hopes...
One Create50 horror story of how a writer lost their script… completely
Christmas horror shocker for film makers… BEWARE!
News of two ambitious film successes to inspire you…

2 Responses to How I re-discovered Arcade Games this Xmas, thanks to iCade and MAME