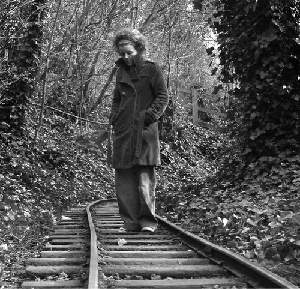 As the 50 Kisses song initiative draws to a close, I thought I would share some of my personal observations about the entrants, what we can learn from them, and how we can apply those lessons to our own scripts and films when submitting to a process such as a competition or open call for submissions for funding.

First off, I want to say we had a mix of entrants, some good, some not so good, and some fabulous. You can listen to the shortlisted tracks below – I have set it to autoplay so you can listen while you read – it’s actually turned out to be a very special album of emerging musical talent. You’d like it if they watched your films right? So give their music a listen too, it’s damn fine.

1. Originality Screams Out
When listening to song after song, very quickly everything starts to sound the same. It’s amazing how many tracks we received that really had very little unique about them. Whenever we heard something unique, we paid more attention for sure.
The Lesson? Pity the reader or viewer who has to wade through hundreds of submissions. They have a REALLY hard job. So, if your work has no original voice, or at least some unique facets, it better be stunning in every other way or it will be lost in an ocean of look-alikes.

2. Production Quality
A well recorded and mixed track will also pop out. Of course well produced mediocre songs will always be mediocre. But, when a song was ‘well produced’ it told us we were dealing with serious contenders, people who had been there and got the T shirt, people who care enough to take the time to polish their work (or have professionals polish it for them if it’s outside their technical skills).
The Lesson? For screenwriters, make sure you work is technically excellent – no typos, no baggy descriptions, no overwritten dialogue, properly formatted and looking good on the page. This is your production quality.

3. The decision is swift
Within a few seconds of listening to track, a strong first impression is made. Within a minute, that impression is either confirmed or challenged – more often than not, it’s likely to be confirmed. It’s hard to change the direction of an opinion once it has begun to take one path or another.
The Lesson? Pay particular attention to your opening, people will make huge judgements about the first few sentences or shots.

4. Many people cannot follow basic instruction
We asked for high bitrate 320k MP3 files and a 250×250 jpg to support the image of the composer / writer / band for submissions. We got sent all sorts. Some with no image, some with m4a files, some with links to websites where we were asked to choose tracks. We didn’t reject many of the entrants who could not follow basic guidelines, but we did reject a few who were so far off the mark, it just became a serious pain to deal with their submission. It’s sad but it’s true, many creative people fail, not because their work is poor, but because they cannot follow the most basic of instructions.
The Lesson? Read the rules / guides and follow them exactly. Those guides are there to help the organisers deal with a huge amount of work, and they don’t have much imagination when it comes to a submission that fails to comply with the basic guides. They will more often than not just reject it. Game over, even if your work is world class.

5. The support material does not support the submission
We asked for a 250×250 pixel jpeg picture along with the track. We would always see the picture before listening to the track. This was the start of the selection process, even if it was only on a subliminal level. Personally, I wanted to see the artist, or at least get the feeling I was being sent something that had some thought put into it. Many tracks contained images that were frankly, a little uninspired. Some people sent huge files, others nothing at all. Again, those who failed to comply with simple rules were sending a strong message that they didn’t care about the guides, or hadn’t bothered reading them. Not a good sign.
The Lesson? Make sure your support material is top notch – it’s not the main submission for sure, but it makes a statement about who you are and where your ambitions lie.

6. Submit your best work
Some of the work submitted was not great. I get it, I really do, we all need to start somewhere. But some tracks were very badly recorded, even out of tune, or just plain challenging to listen to… and not in a good way. Can we be that deluded about our own work?
The Lesson? Make a distinction between when you are learning your craft, and when you have reached the stage where the world can offer you real feedback on your work. There is a huge grey area of transition between those two states of course, but entering a process before you have learned even the basics, will waste the time of the organisers and dishearten you with rejection after rejection. Of course, have a go if you must, that is also part of the learning process, just don’t expect pages of glowing feedback!

7. Taste
It’s unfortunate, but we all have taste, and listening to some tracks really challenged my musical sensibilities. Where other judges in the process would reject a track because they didn’t like it, I would always try to give it a second listen, always on the look out for talent, production quality, something that told me these guys are good at what they are doing, even we don’t like it. More often than not though, taste would win out. This is just part of the dice roll with any process like this.
The Lesson? Try and figure out what people are looking for, and tailor your submission to those needs. If you do get a rejection, take it on the chin, they just may not ‘get it’. It’s not personal, it’s just taste.

8. Deadline and other hard rules
I can predict now that over the next few days I will get emails from people saying, ‘I missed the deadline because of… (insert excuse), can I submit now?’ It seems from my life experience that some people are always late, and somehow, they make it your problem that they actively choose to be late (it’s not a mistake). Deadlines mean deadlines.
The Lesson? Don’t be late, hit the deadline.

9. Lack of imagination
Surprisingly, we received no heavy metal, rap, punk rock, country, R&B etc. It seems that people make a judgement that we must be looking for some kind of particular music. That may be true to some extent, but trust me, if we had some killer heavy metal tracks, they would have been included. Along with the main competition for 50 Kisses, there was general lack of imagination from many entrants, choosing to offer the obvious, what they thought we were looking for. Being different can often be what makes your work stand out.
The Lesson? Take risks and enter even if your best work does not fit 100% – this will mean your work will at least stand out from the crowd.

Near Kisses for 50 Kisses
So we got another email from Oscars.org…
The curse of too many great ideas… proliferation equals indecision
How remarkable is your project?