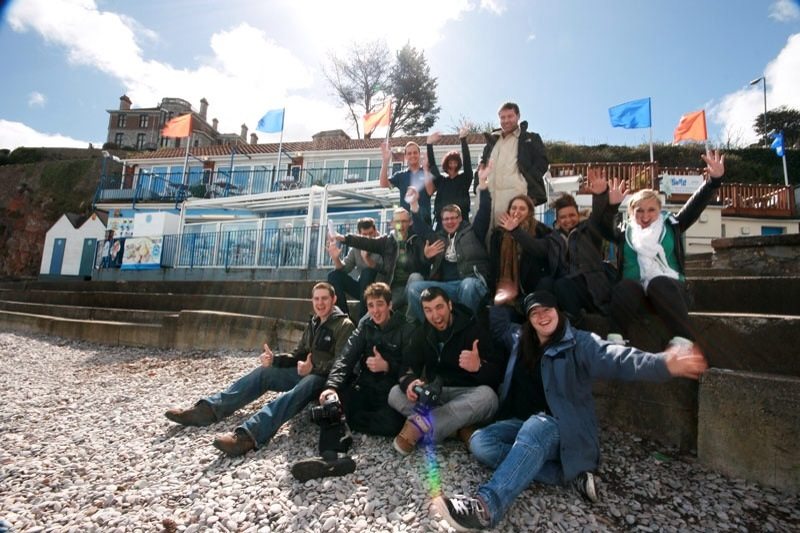 There is a lot of buzz around crowdfunding at the moment and whilst this is a great way to get projects off the ground we thought we would offer some thoughts and tips on an alternative, or perhaps complementary approach to crowdfunding – crowdsourcing. Nothing we suggest in this article is unique to crowdsourcing – but the consequences of neglecting any of these things can be particularly damaging to a crowdsourced project.

What we are talking about when we say croudsourcing is asking people to give you the resources required to make a film for free rather than asking people for money to pay for those resources. This includes everything from actors time, skill and effort to catering, camera equipment and locations, to gaffer tape, costumes and basically everything else.

We are big fans of crowdsourcing. Generally speaking, people are more generous with their time and possessions than they are with their money. Getting somebody to donate a day of their time and skill is probably easier than getting them to donate a fiver. Giving money is disconnected. It doesn’t feel rewarding. We have to give money to shops. We make transactions online all the time. There is nothing even remotely interesting about the process, whereas being on set and doing a job you enjoy and contributing to something is rewarding. You can get something back, emotionally, or even practically. 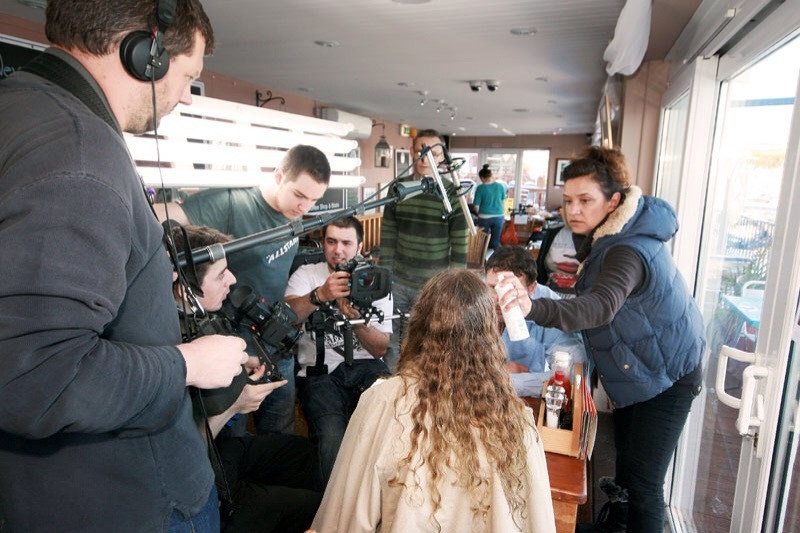 In crowdsourcing the currency you are being given is generosity and you must treat it with the same (if not more) respect than you would if you were crowdfunding your project and had a wad of cash in your hand. If you have crowdfunded your project and are paying for everything – you are essentially the boss. If you are crowdsourcing your project and everybody else is paying for everything – you are all collaborators working together to create a work of cinematic art. You have to listen to and take on board suggestions. You have to be open to change. You have to accept and be grateful for people’s generosity no matter how big, small or useful it is. We have learnt that accepting this is the most important thing. It makes the whole process much easier, it nurtures creativity and generally leads to a much more satisfying result. Of course these are all good practices to adopt regardless of whether you are crowdsourcing or not, but they are especially crucial when it is generosity that is being donated, rather than money.

Commoditising generosity is at the heart of crowdsourcing. In our experience it usually comes down to being able to read people and gauge their enthusiasm for your project. Enthusiasm tends to positively correlate with generosity so is a good indicator of how much generosity you are likely to get from someone. What this often means in practical terms is weighing up enthusiasm against experience. As people move through the industry their expectations increase. They become more savvy and selective. We have known filmmakers who have based an entire project around getting a particular DP to fly over from LA, or getting a certain cast member who was in something big, and more often than not the whole thing falls apart, because they end up being let down because this person inevitably gets a better gig (i.e. a paid gig).

In the world of crowdsourcing we advise choosing enthusiasm over experience, if you can’t get both. Experience is not necessarily a correlate of quality, but enthusiasm will bring energy, imagination and a willingness to go the extra mile. 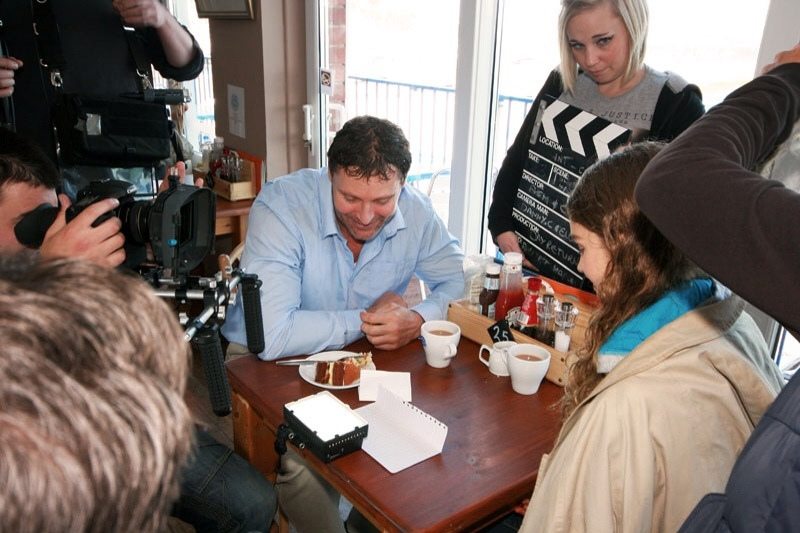 The need for planning

Once you have a stack of generosity in the bank it is crucial that you don’t waste it because of inadequate planning. Effective planning is not unique to crowdsourcing, but the consequence of poor planning when crowdsourcing your film is that situations will arise where you need to ask people to do things, and take on roles and responsibilities they did not expect to do. What you are doing is transferring their generosity away from what they are good at and into something they may not be. What’s more, you will drain their generosity very very quickly.

If, for example, you ask your sound person – who has donated all of their own equipment and consumables – to cook, or clean, or do anything except be a sound person because you forgot to sort out catering, or you didn’t factor in cleaning up at a location before you move on -into your schedule – you have created a problem. You will instantly drain their enthusiasm and hence their generosity. We’ve seen it happen. We’ve seen people’s faces on set. You can actually see the generosity leave their body and once it is gone it is almost impossible to get back – especially under the pressure of filming.

Of course you cannot plan for everything. Things happen that you cannot predict, but that is where contingency money/resource comes in. If you plan for a crew of ten – have enough food for fifteen just in case you need to call a couple of people in at the last minute. Cooking a bit extra than needed costs very little extra but could save the entire film and will keep the precious enthusiasm and generosity where it is needed. 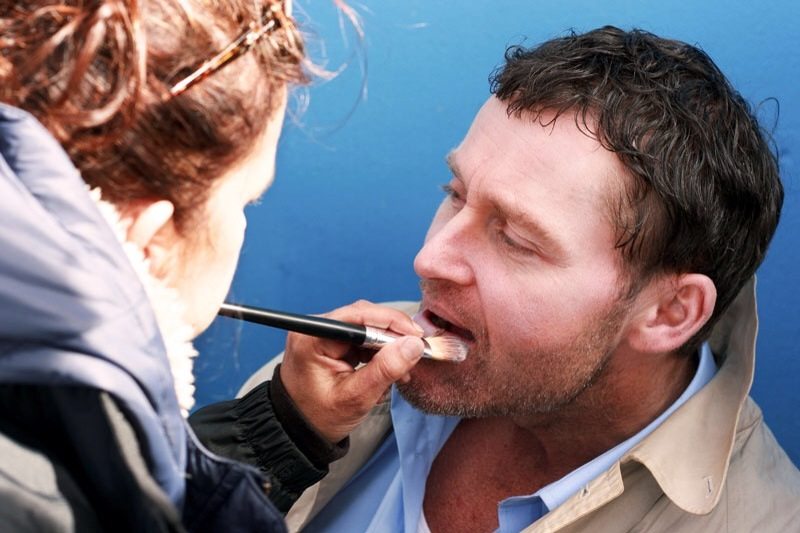 This is massively important in a crowdsourced film. You have to be honest and clear about the amount of generosity you need. It is very tempting to not tell people things for fear of scaring them away because you have a really early call time, or you know the shoot will go on till late at night, or you know people are going to have to pitch in with roles they are not expecting. We must confess to being guilty of this ourselves but the lesson we have learnt is that you just have to tell people the truth. If they walk away – they walk away. They have every right. Be honest very early on. If you give yourself enough time you can find someone else. It is all about protecting the enthusiasm and generosity that people are giving you. 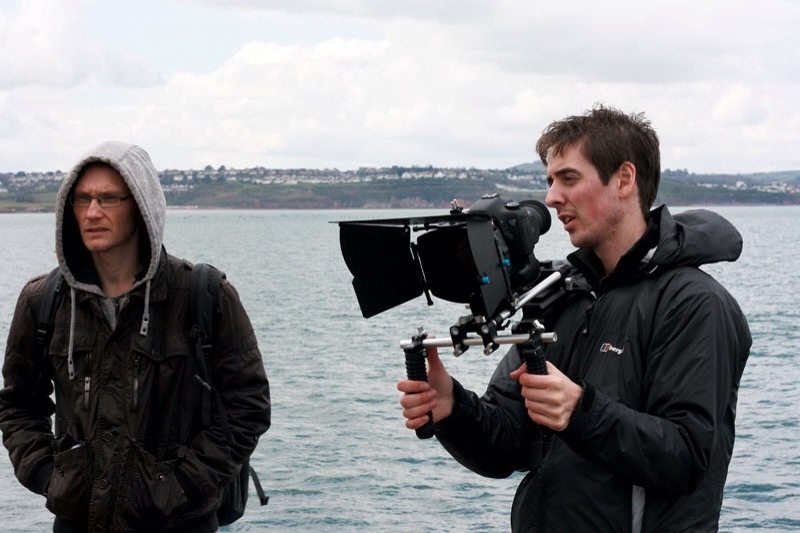 This is the simplest of things to get right and it goes a long way. Not thanking people for what they do is the easiest way to use up generosity.

This doesn’t mean saying thank you every time your DP tilts the camera, or every time an actor blinks, but it is about recognising, and demonstrating that you understand and appreciate the effort people are putting in. Get comfortable with saying thank you. 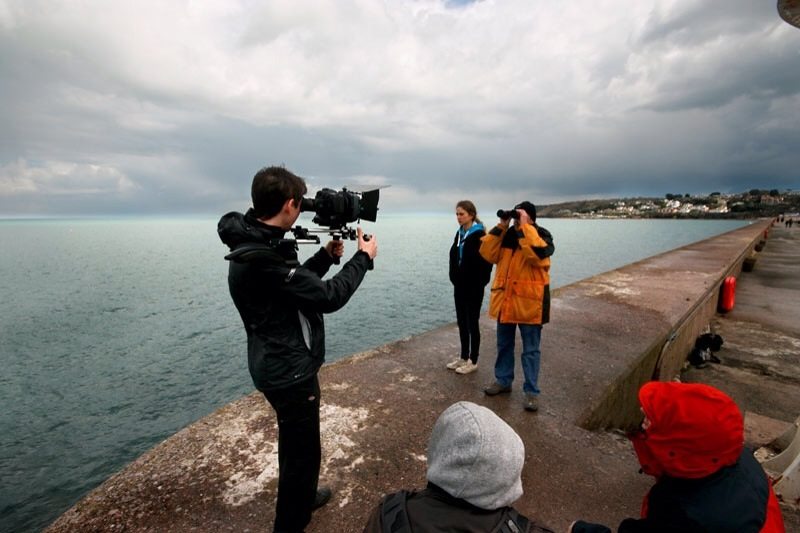 Create a good atmosphere on set

The films that we have made and been involved with that we are most proud of all had a good atmosphere on set. A relaxed, creative atmosphere is a great way to keep people enthusiastic, and nurture their generosity. Being able to relax between takes, letting people get on with things when need be and chatting to people about their lives beyond filmmaking is crucial and is achieved primarily through effective resourcing. If you don’t have enough people on set, you will have to ask people to do things they did not expect. This will erode the positive atmosphere, and drain people’s enthusiasm. 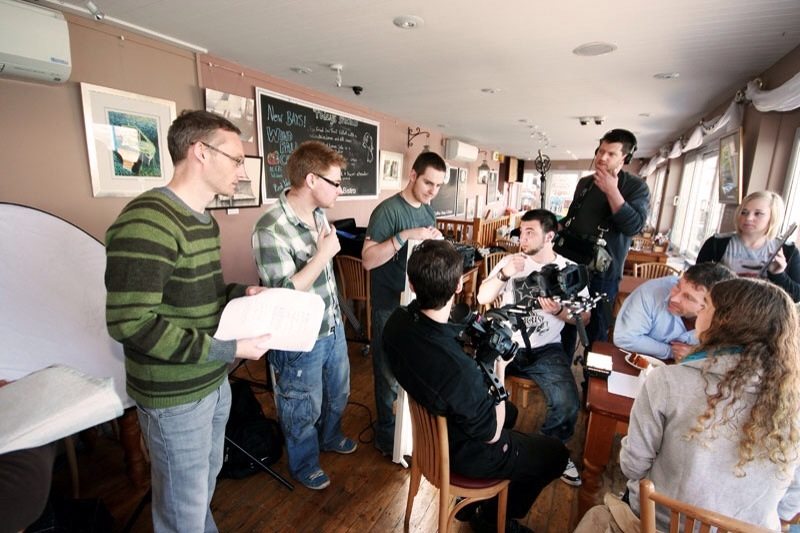 As we said, people will happily donate their time as long as you don’t start asking them to perform other roles. The only way to avoid having to get people to perform roles they did not want to do is either agree the additional role with them in advance (effective communication and planning) or get somebody else to fill that role. It is OK to ask people to perform more than one role of course, as long as they know what they will be doing.

Just because somebody says they ‘want to help out and be on a set’ doesn’t mean you can get them to just do every little dirty job that nobody else wants to do or wasn’t planned for and even the most generous person will have their limit. The compromise you have to accept when considering the size of your crew is expenses. The more people you have, the more food you will need to provide and the more petrol or travel cards you will have to pay for. One thing we have never accepted and never asked people to do is feed themselves when working on a film we have produced. If you do nothing else – feed people really well. If you have to crowdfund for anything – crowdfund for your catering budget.

To sum up, crowdsourcing is a fantastic way to make a film. It is no easier than crowdfunding and has it’s own challenges and pitfalls but the key is understanding how to commoditise people’s generosity. Treating generosity and enthusiasm as your currency will focus your mind on using it wisely and not wasting it because of poor planning or communication. 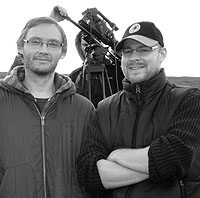 We are Clayton Fussell and Ashley Wing. We have been involved in filmmaking for about eight years and run an independent production company called Cottage Industry Films. We are currently working on our debut feature film ‘Heading South’.

Five Important Lessons that I used on my feature film 'The Journey'
10 things I learned from my first feature by Andy Mark Simpson
A great example of a Crowd Funding campaign email…
The four principles every creative needs to use when asking for help for their project: Wh...
Are you breaking the law by running a Crowdfunding campaign and not declaring your income?
Successful Crowdfunding Old Skool: Raise money for your film by posting letters through pe...

From the archives: Writing ‘Iron Man’ and ‘Children Of Men’ with Mark Fergus
How and why filmmakers get screwed, or screw themselves, in distribution (and how to avoid it)

2 Responses to Crowdsourcing and the currency of generosity