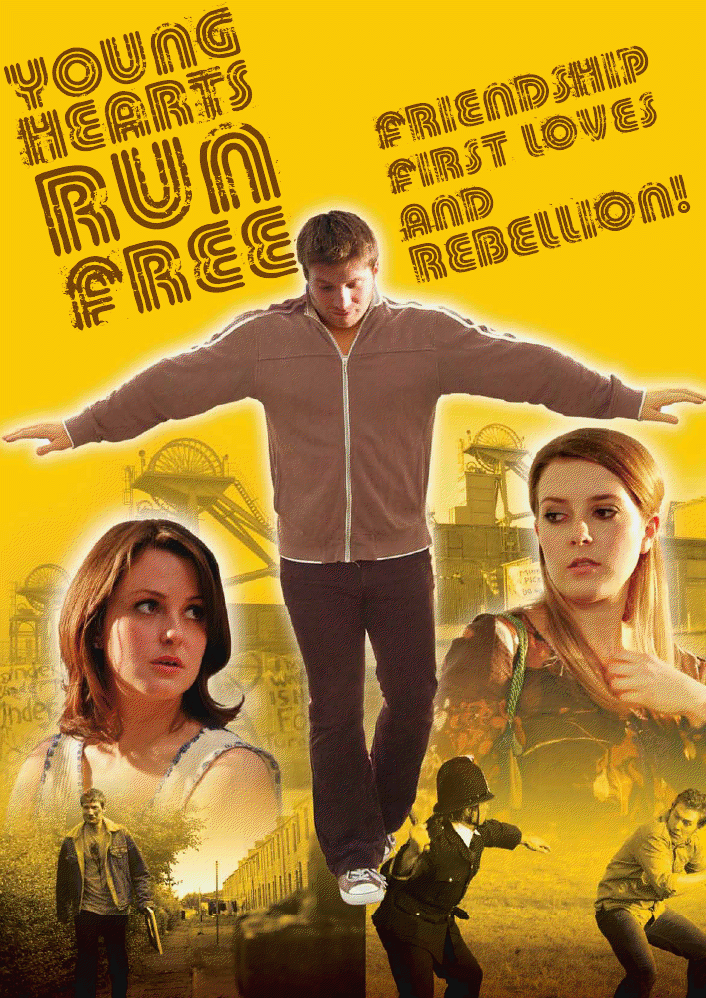 I wrote, directed and produced my self-funded debut feature ‘Young Hearts Run Free’ for under £10k (it’s a 1970s period film!) and then self-distributed in cinemas around the UK and the USA. That’s a very difficult eight year journey!  It can be difficult to move on to your next projects so now I’m making a short film which will help get my next feature film made (Check out Waterbabies). The more you get it right with your first film the more opportunities you will have in future.

So, here are ten lessons I learned from making and distributing my first feature film:

1-The idea needs to be fresh.

Not completely new but enough of a twist on it. My teenage romance set during a coalminers strike has a similar setting and lightness of tone to ‘Billy Elliott’ and ‘Pride’ but the central idea is nowhere near as fresh.

2-Say something- controversy is good.

Social issue docs do well because they have a clear message supported by an identifiable audience. Your feature can do that- mine didn’t. If you’re making a £7k feature with no well-known cast then don’t aim for the middle ground, make something that will jump up and kick people in the balls. Your mission is to get noticed.

3-Know your target audience, and talk to them, before you make the film.

It’s not enough to believe they’re ‘out there’. Get your target audience involved as early because it is useful during every step of the process, not just in distribution. Use them in research for the subject matter your script, for crowd-funding, as extras in the film and even as tests during post-production. They should be already queuing up to see the film before it is released, otherwise it can be too late. I only did a tiny bit of this, nowhere near enough. It also helps if your target audience communicates online, so you can use facebook etc; not via a written newsletter posted out once every 3 months (yes this happened to me).

4-Your script isn’t ready yet. Do another draft.

You almost always need another draft of the script. Once your trusted writer friends have read it, hire a proper script reader service- it’s £50-£150 well spent.  I learned the hard way only doing a few drafts (about 7) and had to spend a lot of time and money fixing problems with edits and reshoots. My next short and my next feature have had script-readers and 10 drafts so far (was Shortlisted for a Sundance Film Festival ScriptLab so it is paying off.) Script writing is still MAKING your film- it’s one of the most important parts. Keep working on the script while you’re doing everything else.

5-Getting crew on a zero budget is hard.

Crewing is a nightmare if the roles are unpaid. Small crews are good on a low budget but you could do with having a sound-recordist every day.

6-Don’t always follow the ‘micro-budget first film so set it in one location’ mantra.

Yes that often works but as long as you’re sensible about it, sometimes having a smaller crew and hopping round a few free locations, especially outdoors, can be just as cheap and can make it feel more cinematic and less low budget. I know this gave my film the style, look and feel I wanted.

7-Wallpaper is great for doubling up locations

We blu-tacked (genuine 1970s) wallpaper up, did all the scenes in that character’s room and then blu-tacked more up the next day. That small flat gave us a unit base and 6 locations.

8-Your film has to be outstanding.

Good or okay isn’t enough. Mine was quite good (***Total Film, ‘Heartfelt’ The Guardian) but it needs to be excellent to get you anywhere with festivals, sales and word of mouth.

9-Try to sell tickets in advance.

Waiting outside a screening hoping people turn up is highly nerve-wracking, and disheartening when they don’t. It’s like no one coming to your birthday party. Waiting outside knowing you’ve sold out in advance is the best feeling in the world. See lesson 3.

10-Self-distribution is harder than making a film.

You’ll still be working on it 3 or 4 years after the film is finished. Once you get a few cinemas on board it snowballs from there but some cinemas took over a year to get back to me. Arranging self-distribution in the UK is really difficult- crossing over and doing it in the USA is even harder (but a useful learning curve, great new contacts and a lot of fun!). See lesson 3, again.

I jumped straight into a feature film and had to start from scratch. Everything to do with making a feature is easier if you’ve made a couple of high quality, festival winning shorts beforehand; your funders, your audience, relationships with festivals, your collaborations with key crew, your filmmaking skills will all be far better. If you’ve had success with short films then you’re already a couple of steps ahead- good luck with your feature.

In order to make the difficult leap to my second feature film, I am making a short film in a similar style. You can check out Waterbabies and help our campaign at www.crowdfunder.co.uk/waterbabiesfilm

How Filmmakers Consistently Climb Mount Impossible... Four strategies to get you on set
Are you breaking the law by running a Crowdfunding campaign and not declaring your income?
Avoid the fetish of 'kit' and allow your creativity to flourish
A great example of a Crowd Funding campaign email…
The Top FIVE Steps To Getting Your Film Funded

So we got another email from Oscars.org…
How long was your post production? How about 30 years?