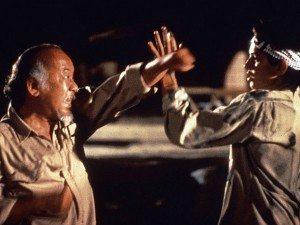 If you want to work and make films in the mainstream industry, you need to be honest about your work. Is it, and are you, ready?

If your film is not going to be the best it could be, if it’s not something you will be immensely proud of and feel it represents the filmmaker you want to become (given a real budget), then maybe you should take a step back and continue ‘training’.

(of course we all say YES, my film is ready at this point – but is it really and are we deluded?)

This was the one piece of advice Carlos Dusi from Scott Free rounded up his Breakfast Club talk with this morning.

He felt filmmakers were all too often fixated on getting something, heck ANYTHING made, instead of crafting a project that reflected their best ideas and work.

From his perspective, if the person in the room is passionate, articulate and has a really interesting or compelling idea, they MIGHT take it further – EVEN IF THE FILMMAKER HAS NO TRACK RECORD.

However, if they then watch a film that this filmmaker has made and it’s not very good, they will never take that opportunity further.

You will be judged on your work, and it’s better to have no work than it is to have poor work to show.

When I teach the Guerilla Filmmakers Masterclass, I talk about how some filmmakers I have met actually prove they cannot make a film, by making a film that’s bad. The sad truth is that some of these filmmakers NEED that film to succeed for them as they are so heavily invested, emotionally, spiritually and financially.

Effectively, some filmmakers prove to potential investors that they are uninvestable.

Think about it, you wouldn’t attempt to climb Mt Everest without enough training would you?

So what is the answer as of course, we NEED to make films?

Again, on the Guerilla Masterclass I talk about a career plan – effectively splitting your work and career into chronological stages.

The first phase is ‘learning’ and second is ‘opening doors’. This is not rocket science! But it get’s messed up because we often have poor perspective on our own work, massive investment, huge drive and ambition and a whopping ego.

It follows that when making our films we MUST know which camp we sit in.

In the learning phase, we are doing just that – learning – by making films where the prime objective is to master the craft and find our artistic voice. Films made in this phase are low profile and low investment. We don’t spend lots of money or resources on them, and we certainly don’t start sending them out to investors or execs.

After training, and when we are truly ready (and not when we have got bored or impatient), we endeavour to make the killer movie that is amazingly crafted and reflects our artistic temperament.

Of course this film will always have some problems, but at the heart of it, there will be a rough diamond.

That diamond is what execs (as well as investors and future collaborators) are looking for.

They are on the hunt for accomplished filmmakers with vision, and we can’t deliver that when we are still learning what we are doing.

The problem is that most of us think we are more talented and better at what we do, than we actually are. It’s just part of what it is to be a filmmaker (crazy self belief etc.)

Consequently, we often bite off too much, too early, then lie to ourselves about how good the resulting film really is.

No-one is interested in our excuses. We are judged solely on our presented work.

Of course you will get sympathetic nods and people saying ‘we understand…’ But as Carlos made it clear, they won’t care the moment you leave the room as someone else who didn’t make any of those mistakes is waiting to come in right after you.

So train yourself until you are ready, then train some more.

Then plan your film to within an inch of its life.

Then make it the very best you can, with YOUR voice.

Then edit it, and re-edit and keep polishing until it is the best that it can be.

Then be honest – will this film get people in the industry REALLY excited? Not your mum. Not your friends or neighbours. But hard nosed industry players.

And don’t lie to yourself.

If the answer is maybe, then congratulations, you have just completed another training exercise. That’s cool!

Get going right away on the next film and stow this one away. Sure you can enter a festival or two if you really want, and put it on YouTube, but don’t shout and scream about it. It’s part of your path to excellence but it is not yet that ‘rough diamond’.

NOTE – After this blog went live, I wrote a counter argument titles Screw It! Let’s Do It! You can read that HERE

How cliché is your script? Can you see your work in these two trailers?
Watch a truly innovative short film that will open doors for filmmakers
Stunning Wingsuit Documentary: Split Of A Second
So it's time to confess... I have a mental illness...
David Lynch and the Independent Filmmaker
Day Of The Flowers, true Brit crowd pleaser attracts critical acclaim
Screw it, let’s do it! Top thirteen reasons why you should NOT wait to get your movie right.