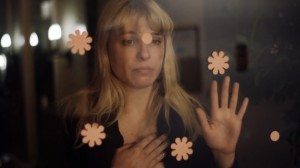 I enjoyed these two films about cliché in Indie film (US above) and Brit film (below).

Of course cliché exists because it works, and often works well (if only mechanically). But when it becomes highly visible in our work, it’s also a real problem – the answer?

Turn the cliché on its head. The heroine in a horror movie does NOT drop the knife after apparently killing the murderer, nor does she ever back into dark rooms etc. These two trailers are masterclasses in well trodden cliché territory.


Of course while we may self indulgently snigger at work that we consider cliche and ridiculous, it may also be good to remember that the people who make these so called clichéd films are actually out there doing it while so many of us, myself included, sit on the sidelines merely commenting.

As anyone who has taken my Guerilla Filmmakers Masterclass will know, I consider every film ever made to be a miracle of sorts, and so criticism made outside of the desire to improve the filmmakers craft is something I try to avoid.

And for me at least, it’s time to stop talking and to get out on the court to play the big game… cliches or not.

Screenwriters: The Seven Hoops You Need To Pass Through To Get Your Script from IDEA to SE...
How much pain are you prepared to inflict?
‘Inception’, a screenwriters masterclass
Whenever you feel like giving up, remember... Victory is close
14 tips for shooting your first feature film on a micro budget from Guerilla Film grad Bri...
Screw it, let’s do it! Top thirteen reasons why you should NOT wait to get your movie righ...