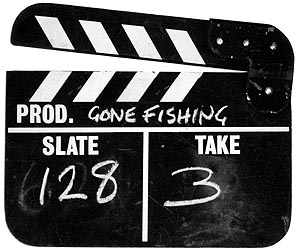 I have made this mistake myself and I have seen others do it over and over.

I am at the Tampere Film Festival right now and last night I found myself chatting to a young director who has currently got some traction in his career. He has made a film that people in the industry like, but even though the doors are creaking open just a little, he is finding it hard to pass through.

And the reason is really simple.

But look at this from the angle of an agent who wants to MAKE MONEY by getting you work.

If you are a writer director, approximately once a year you can deliver a cracking script. That means once a year you get one shot of getting hired and they get a pay day.

If that doesn’t work, it’s another year to develop the next script. And let’s not kid ourselves, it’s REALLY hard to write a financeable screenplay.

It’s not very good odds really… ego and talent aside of course (and remember the former deludes oneself over the later).

If you market yourself as a director seeking new projects, within days, you will have 50 scripts to read and you can effectively work on many projects in parallel. Of course many, most likely over 99% will not be either great or something that excites you. But maybe one in a hundred will be.

And of course, you can continue to write your own script in secret too if you really feel driven to do so.

So when you get traction in your career, and when the phone rings and it’s a major agency wanting a ‘meet and greet’ (checking you out ), think VERY carefully before marketing yourself to them solely as a writer /director.

If you do, I guarantee the meeting will go really well and they will say things like ‘Of course you must protect your own creative integrity and voice, we really believe that’. But will they call you back? Possibly. Even if they do, can you deliver that killer script within a year or so?

Now, when asked I always say ‘well I can write, I have written all the films I have directed, but that was just a necessity – I would prefer to direct other peoples material, or better, work with them to make their script as good as it could be…’

Now the odds of them getting a payday increase, and I can still write my own script on the side too.

Top tips for directing when you’re the only beginner on set by Kat Wood
And it was all going so well... Or was it? Filmmakers, Screenwriters, Creatives... Are you...
Film Directing Fundamentals Part One... Map the DNA of your screenplay so you can bend wit...
Three L’s: Lens, Light and Location... Advice For Filmmakers from Christopher McQuarrie
Tomorrow I Fly Out To Finland for the Tampere Film Festival, and maybe the Northern Lights
Five Important Lessons that I used on my feature film ‘The Journey’