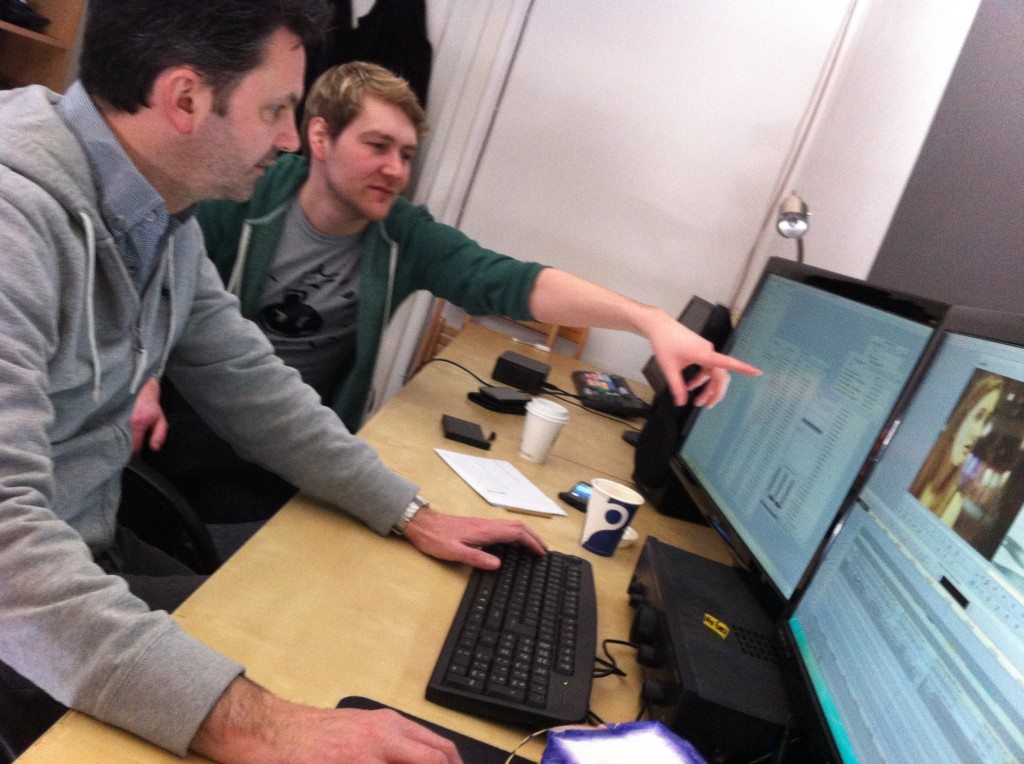 Having helped on countless filmmakers working on both shorts and features, I have come to notice certain patterns in the cutting room. Especially in the final days.

As the picture lock gets closer, so the idea of ‘we will get to it later’ becomes ever less possible. Options are narrowing, resources are running out and time diminishing…  Tensions rise, alliances and prejudices can bubble up and perspective can often be lost…

Here are some pointers to keep your eye on the ball. The ball being the best film you can get from the journey from script, production and through the edit.

It’s never too late
The number one thing I have seen over and over is a filmmaking team claiming they have locked picture when they have not. Let’s be clear, unlike any other stage such as taking a script to set before it’s ready, or going over schedule during the shoot, the picture lock is a full stop. The end. No wiggle room later. So my by far BIGGEST piece of advice is that you are not anywhere near picture lock the first time you think you are. Take your time now and don’t rush. As indie filmmakers you do not have distributors or broadcasters breathing down your neck to deliver. So get it right. Of course this is not an excuse to spend endless months meandering through post production either. When you feel you have locked picture, take a short holiday. When you come back you may be surprised by what you find. Yes, the film could be tighter. Why the heel did we fight over that shot? Yes we need a reshoot…

Get expert feedback WITH SUGGESTIONS
Show your film to other editors, directors and producers and ask for feedback. If you can, friendly sales agents and distributors too. At this point you are looking for problems AND solutions. It’s always possible to rewrite and reshoot, but at this point (approaching picture lock), you should have really done all that. Now you are looking at making small changes. And no matter how small that change, if it improves or focuses one tiny teeny bit, it’s worth doing. You will only ever complete your movie once. And experts will offer insight AND solutions. Unlike punters who can often only highlight issues.

Listen to your experts
And if you are going to ask for advice, listen to it. If people you show your film to  keep saying the same thing, you can be sure you have something to deal with. Do not burry your head in arguments like ‘you don’t understand what I am trying to do…’ and ‘It’s clearly not your kind of movie…’ I have even had ‘clearly you are jealous and trying to ruin my film’. I have heard them all.

Be prepared to Kill your babies
Try everything in the edit – don’t knock it till you’ve tried it – even killing your babies. Removing those lines you love, those shots you worked so hard for, those entire scenes you just love – all will be tough to remove. The ONLY thing that matters is the overall piece, so be strong enough to try everything. Everyone in the cutting room is to lesser or greater degrees, lost in the woods at this point, as they can NEVER watch their film for the first time. All too often stuff remains in the film for all the wrong reasons.

Look for ‘spell breakers’
Every low budget film suffers from weak areas – bad props, bad acting, poor locations etc. It’s just what happens when films have hugely limited resources. Take care to weed out those things that are what I call ‘spell breakers’, stuff that reminds us we are watching a film, and a low budget one at that. Worst offenders are poor props in close up, bad lines of dialogue, poor sound, lack of credible extras, poor backgrounds… Any place the film is weak, audiences will spot it. Some things can be removed, some reduced by cutting down, some reshot, others fixed in ADR and post sound. Either way, tackle them head on now. Fix what you can fix.

It’s too long
It just is. Believe me. I am playing a little devils advocate here, but almost every film that I have become involved in needed to be reduced. Often people hold onto lingering shots saying ‘I like what she is thinking in this shot’, or ‘I like the way the sun reflects of the water’ or ‘I like it, it’s staying…!’ Of course the filmmakers may be right, film is art and not really confined by right or wring, but on the flipside, how many films have you seen that are too long? Yep.

Take notes and try stuff
During feedback, make notes. By all means enter clarifying discussion, but diligently write down comments. Remember, people are ALWAYS right about their experience while watching your film. It’s 100% authentic even if criticism is inarticulately delivered. They may not like it, the may not like the genre, but their experience is real. So listen for what they didn’t understand or what confused them. Don’t get stuck on like or don’t like… rather listen for I understood or I was confused. Dig deeper to get to the bottom, and listen MUCH MORE than speak. Watch out for directors who will launch into explanations thereby nullifying the whole exercise. Keep it shut!

Don’t fixate on YOUR thing
Whether its acting, cinematography, action, genre love… whatever your thing is, beware of loving it soooo much that you end up throwing the baby out with the bathwater. I have seen too many films that have great acting but just need to be 15 minutes shorter. No-one was willing to cut anything as it was all such ‘great acting’. Similarly with special effects, cinematography etc. So your great strength and passion will often be your blindspot in the final edit.

Face the music
Too many filmmakers hire a composer in the same way they might hire an accountant. This blows my mind. Almost every director falls in love with the director of photography, so why not fall in love with your composer too? Carve out time to work with the composer and be clear about the needs of the film, the tone and expectations. Equally, give them plenty space to bring their art and craft to the film too. But remain a close collaboration. Music is NOT just sound. It is a MASSIVE performance and should be lovingly directed too.

Get real with your story mechanics
Your story is like a well oiled machine and if people are not ‘getting it’, something is wrong with the design. It’s a fine balance between offering enough information for audiences to figure it out (we love mystery) and too little so connections are not made and the story breaks down. Adding extra lines of dialogue (delivered off shot or over the shoulder) is one simple and common way to clarify plot and character motivation – inelegant for sure, but when needed, a life saver.

Good luck and above all, take the time to get it right and be open to all ideas. At the end of the day, you will get ALL the credit for good ideas, no matter where they came from.

Seven Editorial Tips For Fine Cutting Films
Colour Grading Your Film – Top Nineteen Tips For Working With The Professionals
A Career As A Film Editor: The Strategy and Tactics for Success
Editing Meet the Nativity and getting to the final cut by Christopher Frith
How to recut and remix your film… a terrific example

Who are you writing for? One technique to help you focus on your target audience
How Swiss Artist HR Giger Inspired Me To Be A Better Filmmaker