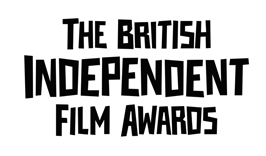 Great news! Were are officially nominated for Best Short Film in the British Independent Film Awards, 2008 (BIFA). This is the eleventh year they are running and the event promises to be both star studded and exciting. Gone Fishing is nominated alongside four other short films, two of which I have seen, and both of which are strong contenders. The awards were announced yesterday in central London by actor, and fan of Gone Fishing, Colin Salmon.

The BIFA’s were set up by Raindance in 1998 – I was actually nominated back then for Urban Ghost Story, so it’s really nice to come back a decade later and celebrate again. Since then, it’s grown immensely and is now considered to be one of the most prestigious awards in the UK. Nominees in various categories include Colin Farrell, Kristin Scott Thomas, Sienna Miller, Brendan Gleeson, Keira Knightley, Emma Thompson, Ralph Fiennes, and directors Danny Boyle and Shane Meadows. So you can see, we are truly in amazing company.

The awards will take place on November 30th.

Now… it’s time to get ready, as tonight it’s the Turner Classic Movies Awards at the National Film Theatre on the Sounth Bank. HOW EXCITING!

Meet The Nativity Wins 'Best Festival' Film at 22nd Jerusalem Awards at BAFTA
50 Kisses HUGE Box Office Success... The numbers are in!
Gone Fishing at Rhode Island, the complete Webisodes...
The London Screenwriters’ Festival to receive £42,015 from second round of the Government’...
Video Postcard from the 50 Kisses Premiere
Fathers Day is a SUCCESS!
The Turner Classic Movies Awards Ceremony