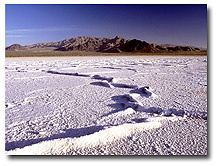 Over the last few days I have had a lot of emails from people commenting on their views about the move to LA, or not. Most of them were a mix of good luck, let me know what you find out, and what a shame that Britain has a clear talent drain… But one email stood out as it was from a film maker who came on one of my courses. Jason Clancy was fed up with the UK and so made the move last year, and has never looked back (though he moved to a cabin in the neighbouring Utah mountains!) Last December he sent a mail about the Movie Blueprint which was blogged here… Here’s some of his email that I got today…

Travelling to the US for Holidays, and living here are two different things. They (Americans) are a different animal altogether. I have learned to ‘love to live here’. I do have a brother and my two dogs so it does feel like home away from home. And you do find ex pats where ever you go. And they all say the same things and always seem to know where to get some HP sauce. Even in Utah where it's famous for Sundance and Mormons, there is a great feel for the film industry. They want to make great movies, entertain, and they all seem to have access to almost everything. They think big so they are big. There is still that great idealism here that anyone can do anything.

PS. Not to sound cheesy, But Because of you i am proud to call myself a Filmmaker.

Jason also added in a prior email…

I went to a film conference in Utah for local film makers. They had a motivational speaker there called Brandon Johnson. He said 100% of us make goals, but on only three percent of the world write down their goals. The other 97% who did not write them down end up working for the 3% who did. He said besides writing down personal goals, the best way to do this is to blog them. I think your blog was right up that alley.

I thought of your blog, about how you decided to tell everyone how you were going to do Gone fishing. I guess with every day and every blog needing to be filled or reported on, your eager readers put pressure on you to do something.

So I have done the same. I have told everyone I know that I am shooting my film this summer hook or by crook. I wrote it down on every calendar and pin board in the house. I have a script, a crew and I have now raised almost all the funds I need inside of two weeks of writing all this down. As soon as you put it out there people demand more of you…

From the archives: Writing 'Iron Man' and 'Children Of Men' with Mark Fergus
Get a ton of filmmaking tips, tricks and articles every day
The phone rang, and from that moment, everything changed... PART 1
Listen to the masters, Spielberg, Cameron and Abrams... WOW!
Short film opens doors in LA for Brit Film Maker
How to get an 01 Visa to work in Hollywood
La la la la, la-la la… (to T-Rex song Hot Love)
Online Seminar Feedback Is Now Coming In…