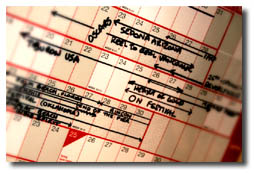 I am looking at a frantic couple of weeks for ‘Gone Fishing’ at international film festivals. Over the coming two weeks we will have umpty thrumpy screenings around the world. All are in the USA and the UK, and it has already kicked off with the Nashville Film Festival where Gone Fishing screens today.

First, even if I could afford to attend, which should I choose? Sadly I am broke so staying home, though at least two ‘Gone Fishing’ Associate Producers are attending in my stead – Kerry in the USA will hit several fests, and Louise Stegalls from my home town of Wigan, will be attending the Cape Fear Film Festival. We hope to get a report from them both while there.

The second problem is that of servicing these festivals. I have pushed to screen 35mm where possible, but prints are expensive and we have a limited amount of them. Of course if a festival CAN screen 35mm, it tells me that they are serious. Some festivals will also screen HDCam which is great, or DigiBeta, which is passable, or DVD which is rather tragic given we all put soooo much energy into getting the completed to such amazing standards. So shipping prints, tapes and DVD’s becomes a bit of a logistical nightmare, and is often referred to as print traffic. Then there is the cost of shipping posters and press packs, the time it takes to fill out B-side etc… I have said it before, but its like a full time job.

Right now I am down to my last 35mm print as all other six prints are at festivals around the world, either being screened, sitting and waiting to be screened or in transit.

So fingers crossed for Kerry and Louise!

Finally, I was just asked how many awards we had won and blimey! We have won a fair few! Here is a list…

Blimey! We really are going to need a bigger shelf!

Subtitles for Festivals
Short film opens doors in LA for Brit Film Maker
The number ONE reason I encourage filmmakers to go to film festivals
Tomorrow I Fly Out To Finland for the Tampere Film Festival, and maybe the Northern Lights
Watch the short film that catapulted director of Blade Runner 2, Denis Villeneuve, to the ...
Gone Fishing with a talk from the director, The Roxy this Thursday!
Sales Delivery Workshop Is Nearly Ready

2 Responses to Festival Grid Lock… and we are going to need a bigger shelf!