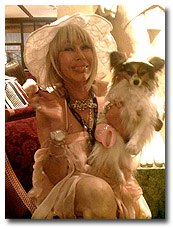 Not surprisingly, it seems Cannes this year is very subdued. All accounts from the people I know who are attending, paint this picture. Producer Ivan Clements is down in Cannes and I asked him for a quick report. Here’s what he said…

I got here on Wednesday night and zapped into Cannes Thursday from Juans Les Pins (a small village outside of Cannes 10 mins on the train that allows me to rent a 2 bed apartment for less than a 2 star box hotel room in Cannes!).  I used to get in as early as possible to try and avoid the 1-2 hour queuing to pick up my accreditation. In my ninth year now, I realise you may as well go in around lunch time and you’ll probably wait less.

As I descended the stairs to the accreditation hall, I braced myself for the standard mayhem of what’s akin to a hot, sweaty angry farmers market with people jostling for position in queues with furious exchanges at the desks from people who’ve been declined accreditation mixed in with the usual hysterical demands in French ‘I want to speak to the person in charge!’ Ahh, what a blissful beginning as usual.

What greeted me was startling. The hall was virtually empty! With the shocking addition of….wait for it…. breathable air! I checked my pulse. Yep, still alive. I felt I was in a dream as I glided across the virtually pristine red carpet to several nervous looking, slightly redundant ushers who seemed about to tear each other apart in order to justify their existence and direct me to one of the vacant collection desks.

Behind the desks were different creatures. They had chosen a unique way to cope with the problem of virtually no people to serve. They simply ignored it and smiled chirpily. Having collected my pass and goodie bag, all within a record breaking 5 minutes, I made my way directly to the pavilions and started my attack.

I should at this point, spell out what I’m doing here. Aside from technically supporting my short ‘THE TAPPING GURU’ (really a simply way to get two badges – I think Chris has covered this on his blog), I’m here to network like crazy. I’m a producer and now financier of low to medium budget feature films.

I’ve managed to connect with several parties already. With savage determination, I’ll be collecting as many other invitations as possible. It’s the main reason I come to festivals and film markets. And most of it is by chance. Chris and I met Simon West’s producing partner at Bahamas when Gone Fishing played there.

Always important to have decent business cards on you at all times. Don’t go for cheap ones. It can damage you. I’ve seen people physically feel the quality of business cards as they continue to talk to you.

Later that evening I went to the Majestic to do a bit of networking and ended up chatting to ‘Imogen Diamonds’ (pictured – you might be able to just make out her ‘bling’ necklace with her name on it) who claimed to have been in ‘all’ the Bond films as a Bond girl and was happily telling everyone who passed this wonderful news. The dog, by the way, is called James Blond. She is spectacularly eccentric and really makes these things worth while coming too.  She has a chauffeur, but sadly he’s in Paris at the moment. But she does have a helicopter on standby, apparently.

After about half an hour of delightful banter with Imogen, I made my tearful farewell and headed out for a bowl of snails. Ahhhhh, Cannes.

Gone Fishing at Rhode Island, the complete Webisodes...
Modern Technology on Modern Man for Virgin Media Shorts
50 Kisses selected for the Rhode Island International Film Festival 2014
The debate rages on... What value is there in Art Film?
Exclusive Interview with Christopher Nolan and Emma Thomas from our Guerilla Film Makers A...
From Lunar Girl to Luna-cy!
The Guerilla Guide To Cannes!