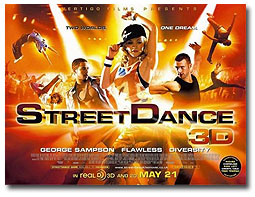 Twenty four hours later and the fallout is still causing my inbox to fill up rapidly.

After Radio Four yesterday, I was quickly contacted by BBC Radio Northern Ireland, BBC Merseyside and the Gabby Logan Show on Radio Five Live. I spent the day bouncing between the BBC in Shepherds Bush and my landline where I was patched into chat shows to discuss the issues raised. Apparently in Merseyside last night, the debate raged on for many hours with listeners phoning in to add their voices.

This interaction with the public is essential and at the very heart of my position. I believe that ‘culture’ is defined by us all and not defined by a few – be that a critic, a commissioning editor or a government QUANGO. Movies, in particular, are accessible to everyone. They are either very cheap or nearly free to consume. This means audiences can select what they want. It’s democratic. I appreciate the argument that some movies are hard to find in theatres – ‘how does an audience know if they will like it or not if they can’t see it?’ is what I often hear.

I feel this is a false argument and usually comes from someone in love with a particular product that they feel has been poorly distributed. They may be right of course. But I do know this, audiences DO know what they like, and DO make considered and informed choices. And the market is saturated with product. An nowhere is it written that you, or I, or anyone else, is owed an audience. Like trust and respect, audiences need to be earned.

British Cinema can work. And we don’t need to go back to the good old days of Ealing Comedies to prove it. Street Dance 3D is a FANTASTIC example. 100% home-grown, using local talent and cutting edge innovation. Crucially, it knows EXACTLY who its audience is. The upshot? Street Dance 3D kept Hollywood blockbusters off the number 1 slot for three consecutive weeks. And it has, I am told, been a successful export too. Well done! REALLY WELL DONE! And for the record, the UKFC backed Street Dance 3D.

OK. So below are some thoughts and comments from other film makers. As well as a recording of the Gabby Logan show I did.

I was a production accountant on feature films for some years in the UK and anybody who doesn't understand that at the very least you have a valid point to make about the financial and funding dynamics of the UK film industry needs to stop, sit down and and have a real think.
Michael Craig, Via Facebook

Just read your piece about 'The Industry' on your blog, and I have to say it is one of the most empowering things I have ever read in connection with filmmaking. I have always felt outside of 'the industry' that I have struggled to become part of, and endlessly wondered how I would find a 'way in'. But to turn that notion on its head, and to say that I am already in – already at the place where I need to be – is a revolutionary idea. And as we are in the midst of a revolution in filmmaking, as you say, those are exactly the kind of notions that are required.  Right now one of the most exciting filmmakers for me is Gareth Edwards, who in making his film 'Monsters', shows that ambition and a micro budget are not mutually exclusive – what is really required is ingenuity, resourcefulness, and determination. Exciting times, Chris – thanks for getting me fired up once more.
Andy Robinson
Filmmaker, Exeter, Devon

Some people in film and TV never understand basic monetarism – the cost of a product, be it film or a house, is set entirely by the amount of credit advanced to fund it. Films should cost a fraction of what they now do...
Nicholas Jones, www.quantafilms.com (via email)

I am inspired by Chris' thoughts on "industry." I think the points he raised are significant to independent filmmaking on a global scale, particularly if indie filmmakers plant to "make a living" from making films.
Angelo Bell (via Facebook)

On the whole, not instilling new talent with the right attitude, has killled the industry. It's no co-incidence that top people like Chris Nolan, Robert Rodriguez, Sam Rami, Peter Jackson, and many others funded their own work to get a kick start. And industry has to be built on the right filmmakers too, and we have not done that here. The REAL filmmakers always find a way and rise from the ashes.
David Paul Baker, Film Maker (Via Facebook)

I just wanted to say well done with your contribution to the Guardian's article, plus your radio spot. Having worked on a lot of productions over the past 10 years, it never ceases to amaze me how much of the budget is fittered away on, in my view, the overly pampering of certain cast and crew, when it should actually be used, in my opinion, to show results on screen, create employment (as much as possible) at reasonable rates, and just provide oppor
tunity for all. In a recent case a local production had to lose crew a couple of weeks before wrap as they didn't have the budget anymore to sustain them – but at the same time gone overboard in providing expenses for one of the leading cast's family to do frequent visiting. I think all this has to stop!.
Name withheld at request

Appreciate you might be taking a battering from a few people about your 'do more with less' comments from the weekend. Just wanted to say that it's important the debate is had – film in the UK shouldn't be a 'behind the Iron Curtain' business, controlled by some minority cabal in the Ivy.

Film is (should be) a joyous, thrilling, frightening, maddening medium. It should be cutting-edge, embracing new technology, both to make and distribute. It should be cost-controlled to embrace FAILURE. That's the problem we have today (not just in film) – the price of failure is too high. If your football team loses five matches in a row, you're fired; if your company dares to not make a profit and give the shareholders a dividend, you're fired; if you scrabble your way to the top of the mighty film ziggurat and actually get to make one… then you goddamn better make sure it makes a profit. Because, if it doesn't… you get the idea.

Art takes practice. The filmmakers we laud today have all made stinkers in their careers (most, but not all, near the start). We have to find a way to lower the price of failure, of LEARNING the craft. It's the only way we'll grow the pool of British film talent and go on to make films that challenge, inform and entertain the world.
Terence, Via Facebook

There are also many, many more insightful and thought provoking comments on the end of the original post here. Please read them and contribute too, share your thoughts. This is OUR industry. Be heard.

We will also be debating this LIVE on stage at the London Screenwriters Festival at the end of the month.

The future of the British Film Industry is in YOUR hands, and not in ‘THEIR’ hands…
Welcome to MY ‘Guerilla Film Makers Handbook’…. circa 1989! The making of ‘The Evil Dead’

3 Responses to Feedback from film makers… WE are the industry…