By Chris Jones on October 7, 2011 in Competitions, Screenplay, Screenwriters Festival 1 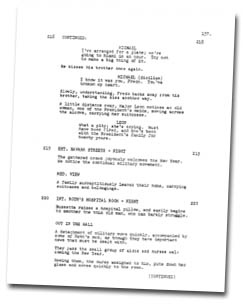 The script leg of the ‘Four Nights In August’ competition closed last week and now we have a winner. Stop the press! WE HAVE TWO WINNERS! Yes we had a tie, so we decided to split the award. First, and in no particular order, is ‘Everything You Need’ by David Turner. And sharing that top spot is ‘Why?’ by Milethia Thomas, so congrats to both Milethia and Dave! You can read about the competition and runners up on the festival blog here… http://2011.londonscreenwritersfestival.com/blog/

Can You Shoot This Script And Win The Competition?

Now it’s time for YOU to figure out how to make a world class movie based on one of these award winning scripts. We chose ‘Everything You Need’ because it is a subtle and new spin on the riots, and if handled well, should move an audience to tears in ninety seconds or less. And we loved ‘Why’ because it just slammed us in the guts.

We have great prizes up for grabs for the winner of the film competition, including £250 cash, festival tickets, training courses… and the judges are amazing – Paul Greengrass (‘Bourne’ franchise helmer), Eddie Hamilton(X-Men and Kick Ass editor) and Jeremy Bolt (big shot Hollywood producer) to name but three… for a complete list of prizes and judges go here… 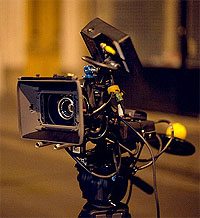 So what to do now?

Also, think beyond the movie. We will be taking note of successful social media campaigns, as well as poster artwork and microsites. We want the winning film to LAUNCH YOUR CAREER! So think BIG! We will be out there pushing too, so you are not alone in your drive for success. Get that blog going now!

OK, read the scripts by downloading them here.

If you enter the competition, we will be in touch VERY soon to update you too.

David Mamet Screenwriting Masterclass in a memo
Top 16 quotes from Robert McKee for screenwriters, storytellers and filmmakers
'Swinging With The Finkels', Inspirational Script to Screen with Jonathan Newman
Why telling YOUR story is an essential act of creation - both for you and the world
So we got another email from Oscars.org…
How to be remembered when you network in a large room
Film is dead!

One Response to The One Page Movie Competition Officially BEGINS NOW!