By Chris Jones on September 7, 2013 in Creativity, Inspiration 0 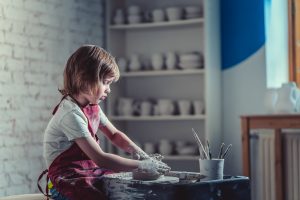 I believe that I have a condition, a psychological disorder that sets me aside from most of my family, as well as the friends I grew up with. The condition is called ‘creativity’.

What’s the cure to this ailment? Creating stuff of course. Beyond that, in my experience, there is no way to purge the urge… or should I say obsession.

This extraordinary TED talk with Eleanor Longden (above) called The voices in my head reminded me that creativity and ‘madness’ (hate that word but let’s use it as a popular cultural reference) are so closely allied and yet the link is my view, is fundamentally misunderstood.

‘Don’t tell me what other people have said about yourself, tell me about you…’ Wow! I wish so many of my mentors had asked me that over the decades, especially ones my formative years.

I am not comparing what she has gone through with what I rather crassly have described about creativity. However she did remind me about how people who see the world differently are often marginalised and then labelled by the majority.

I can’t even begin to imagine what it must be like to be creative, but are then you are forced to live a life where the outlets for creative expression are shut down.

For me, this would be kind of hell that would, I suspect, lead to depression and other issues so readily associated with other maladies of the mind.

I have often wondered how many of the souls on prescription drugs are simply creative, but have not been taught to follow the urge, the idea, the spark… They have never developed the creative muscle.

Could it be that simple? That some just don’t know about their innate need to create? The idea seems so silly that you could somehow paint / write / sing / dance etc your way out of ‘madness’ (again, I hesitate to use the word). Yet, there is a great deal of anecdotal evidence that great towers of creativity have in the past, often been on a knife edge with a mental illness diagnosis of one kind or another. Crazy? Creative? The same thing?

On balance, I believe that there are many people who are unable to express creativity, being left with the terrble feeling by mainstream education, family members and society, that they are some how stupid, unfocused, a dreamer… Does this sound  familiar?

I know I certainly felt it.

Thankfully, I was also reckless enough to stick my middle finger up to everyone and chase my dream.

What’s the answer? If someone you love shows a desire to create, encourage it. Not everyone can make a carreer of it, but almost all creative artforms are now accessible to everyone. Don’t shut down creativity in yourself or others, the act could be catastrophic over the years.

And one last thought. What if creativity were an essential requirement for human fulfillment. For EVERYONE? Would the world be a different place if we all learned to express our creativity?

Why you are not successful yet. The truth.
Meet our youngest delegate at the Guerilla Filmmakers Masterclass... and watch her Virgin ...
Mankind Is No Island, Interview and Film
The Top FIVE Steps To Getting Your Film Funded
Manifesting creativity – strategies to create the spark that ignites the imagination
Talent is great BUT relationships get you hired
How we find the truth by telling lies