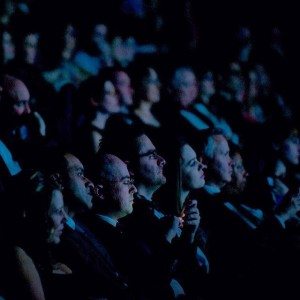 ‘Showing in a one-off screening the day before Valentine’s Day, 50 Kisses achieved a robust £9,435 at east London’s Genesis cinema. Billed as the world’s first crowd-sourced feature film, it emerged from a challenge presented at the 2012 London Screenwriters’ festival. The guideline for submissions was that they should be set on Valentine’s Day and feature at least one kiss’. FULL ARTICLE HERE

And so the 50 Kisses experiment enjoys a HUGE success! This is a BIG DEAL!

We set out to achieve a HUGE screen average (the screen average is how much a film takes per screen) and we did that by getting everyone into one venue for one screening. We called it a premiere, yes we had a red carpet too… BUT it was a theatrical release screening and any member of the public could have bought a ticket. And some did!

Amazingly we did more than half the business in ONE screening than ‘The Book Thief’ did in one screen for a whole week, and in it’s OPENING WEEKEND AT THAT!

So, all these films opened this week…

Perhaps the most telling and relevant numbers are for the films that we beat.

And remember, the films that we beat played in multiple sites too (between 3 and 21 screens).

Almost certainly, the theatrical runs for ‘Bastards’,‘Love Is In The Air’, ‘1983’ and ‘8 minutes Idle’ are over. They just failed to perform.

While it’s easy to get over analytical, ‘50 Kisses’ has proven that a tactical theatrical release can actually cover its costs.

How do the numbers break down?

So a back of the napkin calculation reads…

This was split between the distributor (Guerilla Films) and the Genesis Cinema 50/50, leaving £3,938.75 for us (a special deal as it’s usually 75/25 in the favour of the cinema – again thank you Genesis Cinema!).

Distributor David Wilkinson worked for free for this film as he believed in it so much (please note, he won’t do this for your film!)

Of course there is a huge mountain of softer costs and time spent by our paid staff, but we just kind of assimilated this along the way. And I simply wanted to illustrate that you CAN get a release for a film AND not lose money on it. Or not lose too much!

We are now looking at screenings in other venues in the country. 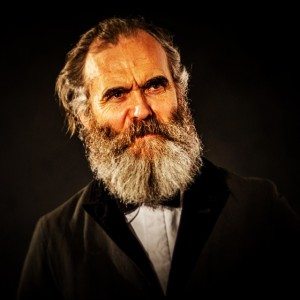 So a big congratulations to EVERYONE who attended, all filmmakers, all writers and a HUGE thank you to the Genesis Cinema, and of course David Wilkinson, the unsung hero of British Indie Cinema. What a fine beard he has too!

Singer / songwriter / composer initiative for 50 Kisses closes next week
50 Kisses: The poster designs are in.... which would you choose?
Why do we do what we do? Unlocking the genesis of the Creative Muscle, Mind and Heart
50 Kisses in Digital Filmmaker Magazine
50 Kisses Will Premiere Online on Xmas Day
Video Postcard from the 50 Kisses Premiere
Something For The Weekend? Industrial Light & Magic, Creating The Impossible (one hour doc)