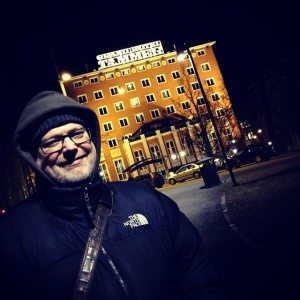 When you present your film to an audience at a film festival, something magical can happen… and that magical thing can feed the soul of a tired and weary filmmaker.

There are lot’s of pros and cons when it comes to festivals. Many are really good events, run by passionate people, where some are just OK… and way too many are quite lack lustre. Having just returned from the amazing Tampere Film Festival, I can tell you, if your film suits a Northern European sensibility, Tampere would be an awesome destination. And it reminded me of the push / pull of the festival experience.

Going to festivals can have many advantages: making new filmmaker friends, watching unusual movies, getting exposed to new ideas, seeing the world, experiencing new cultures, winning competitions, staying out too late and having a ball, even making powerful new allies and partners (though less than the myth suggests)… and of course, the simple pleasure of screening your film.

But it’s expensive to enter many festivals, it takes time and money to attend, flights and accommodation are rarely covered and sometimes the experience can leave you feeling like it was a waste of time…  More than once I have presented movies to empty theatres, doing Q and A’s with three people for instance.

Having said all that… Attending a god festival is generally a shot in the arm, something that can be essential to our continuing the struggle to ‘create’ in the face of adversity and rejection.

I believe that we have evolved to tell stories over millennia.

We do it in order to bring order to the chaos of reality. For some of us, storytelling is something that comes easily, it’s something we feel born to do. I believe that is in part, genetic. We are born that way.

As modern story-tellers we have amazing tools at our disposal, yet we often fail to experience the telling of our stories first hand and in THE MOMENT. Unlike our ancestors who had no choice but to be present as they were ‘telling the story’, we often send out DVDs, BluRays, DCPs, download links etc., and rarely experience our stories AS THEY ARE RECEIVED BY OUR AUDIENCE. Reading reviews or getting feedback later is great, but it’s not the same as being present during the viewing… the telling of our stories.

This leaves a void. A deep void I believe.

I personally experienced this with my short film ‘Gone Fishing’ when on the short film circuit. After screenings I repeatedly experienced audience members who needed to speak with me directly. These people received something from the film, something profound and necessary to them in those moments. And I could sense it, often sat at the front of the auditorium and watching their faces.

Festival audiences are not like normal viewers, they engage on a very deep level, they are seeking out the unusual, they celebrate the non mainstream… and for most of us, our work is rarely mainstream, if only due to budget restrictions.

These audiences are at least ONE of our tribes.

So the next time your film plays at a festival, introduce it and make it known that you will be around later should anyone want to continue the conversation. You may find that your work impacts on some people in ways you could never imagine. And that is wonderful, mysterious and as I said at the head of this post, it can feed the soul of many a weary creative. 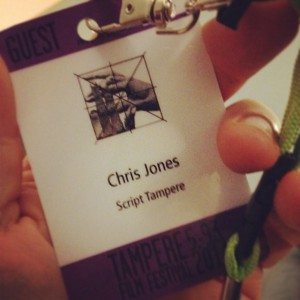 Mankind Is No Island, Interview and Film
Gone Fishing at Rhode Island, the complete Webisodes...
FREE online seminar, 'Making Web Based Comedy and Films' with the Misery Bear Team
How Getting Involved In A Community Film Festival Can Inspire You As A Film Maker
Short Films on the film festival circuit, a view from one film maker... Chasing Cotards
’50 Kisses’ Premiere video goes live
The Guerilla Filmmakers Masterclass ‘Fizzled with energy and passion for filmmaking’