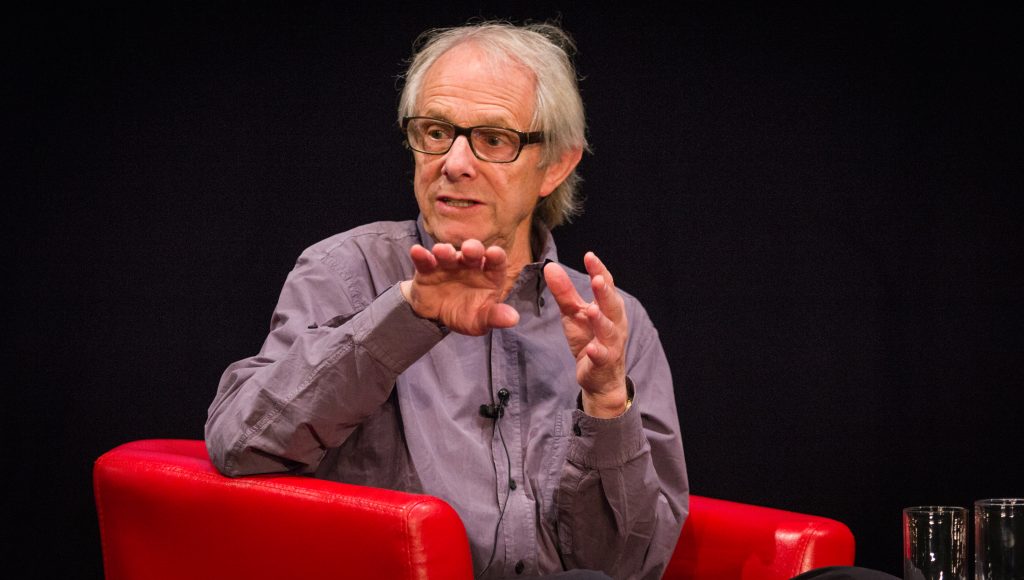 Ken Loach is one of our most prolific and uncompromising filmmakers here in the UK. With decades of ground-breaking work under his belt and an astonishing track record, we are delighted to host an ‘In conversation’ with him at the London Screenwriters’ Festival tomorrow night. You can get your pass HERE.

And here are his top thirteen quotes. See you THERE.

‘We not only shot on film, we cut on film…so you consider what you do more carefully. It’s a much more human way of working.’

‘What I’ve always tried to do is just to capture the truth of the moment.’

‘One thing we’ve learned over the years is that you don’t follow the headlines…Otherwise, you’ll be out of date by the time the film is made.’

‘It begins with a script and the research and being accurate but also allowing space for all human idiosyncrasies. Because you can be dead accurate and dead. It has to be full of life and quirks and funny things.’

‘It was fast, which I think is the best way to shoot, you keep the momentum going.’

‘I think valuing people’s contributions is key… I work with brilliant people, and take any one of them away and we couldn’t do it.‘

‘You shoot too many scenes that you don’t need. I think that’s one of the biggest mistakes that people could make. And I made that, sometimes at the outset.‘

‘We try to cut the budget before we start. We cut the script so that you demand less.’

‘That’s always what you’re looking for, finding a small story, or a relationship, or a situation, and if you tell that truthfully, you say something about the much bigger picture without actually having to have say it.’

‘If you’re a director, remember you’re not a writer. And if you’re a writer, you’re probably not a director. Remember the distinction.’

‘Don’t take advice. You have to make up your own mind what to do from the beginning. Don’t follow the industry ritual. Follow your own voice.’

‘The duty of a film director is to focus more on the soul of the spectator.’

What game are you playing and who are you competing against?
Stunning Wingsuit Documentary: Split Of A Second
Monica Lewinsky and the price of shame: Why we ALL need to open our hearts to her message
Where are you drawing your inspiration from?
The future of the British Film Industry is in YOUR hands, and not in 'THEIR' hands...