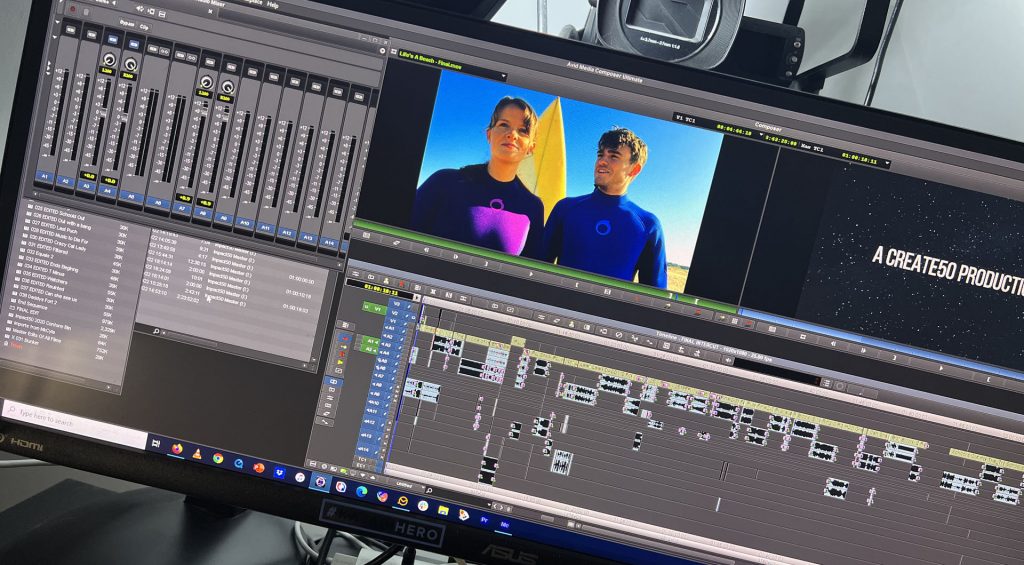 I say the final cut. I am of course still cutting. But it’s close. Very close.

So close that I finished it last week. Then I realised I knew I had to do yet another recut.

With the premiere looming, the vice is tightening. There’s nothing like a good deadline to get the creative cogs spinning and the creative soul innovating new ideas.

But let’s back up a bit.

No-one, least of all me, thought that Impact50 would take nearly eight years from conception to completion. There will be time after the premiere to dissect and analyse why it took so long, but Covid clearly stole the last two of those years as I found myself completely dominated with the London Screenwriters’ Festival.

The final cut has also passed through three editors before I finally bit the bullet myself and committed to completing it. Vicky Tolidou, Giovani Todeschini and McKayla Cox all spent time battling with the edit.

At each round of editing we would bump up against all manner of challenges.

I had wanted to intercut the films but it became increasingly clear that because almost all films featured beats from the beginning, middle and end of the movie, it would be impossible for audiences to remember or connect with characters they may see only three times and with 45 minutes separating each clip.

Finally I relented and I decided just edit the films together, one after another with no intercutting. That was finished last week. And it was good.

Earlier this week though, I had an idea.

To go back to the plan I had with McKayla Cox where we take 15 minute chunks and make kind of mini acts from them. Each act with a beginning, middle and end.

It’s not a rigid formula, sometimes there are three films just played in order, sometimes two intercut, sometimes four. But it works. It’s about pace and rhythm way more than attempting to stick to a linear timeline. Something that had really halted myself and all three prior editors.

Breaking out of the mindset of ‘it has to be linear’ was key to getting it completed.

I am so excited to share the film with the world. So much talent is on show.

OK back to the cutting room for me.

Get your tickets here…