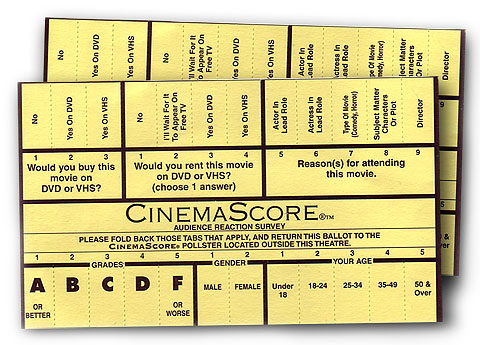 Finally, I got to see ‘Kick-Ass’ this weekend.

And Lucia my girlfriend liked it soooo much, she dragged me to see it a second time. Secretly, I also know that she has ordered a purple wig from the internet – she wants to become a night time crusader like ‘Hit Girl’…

The interview I did with editor of ‘Kick Ass’, Eddie Hamilton, about editing the movie, has had loads of great feedback. If you missed it, you can see it here. Now that I have seen the film, I can see just how much hard work went into it. So well done Mr Hamilton, a job well done.

What a movie too! And refreshing on so many levels.

I just loved the fact that it broke so many taboos, that it pushed the boundaries, and that the UK BBFC (read film censors for non UK people) gave it a 15 certificate – which I know is EXACTLY the right certificate.

One thing that really struck me was that this was the work of a director who answered to no-one – and in a good way too. Not in an egotistical, I am an artist making a self indulgent homage to the auteur theory, but in a smart and savvy business way, creating stuff that is at the bleeding edge of popular culture. This is where we should ALL be working, especially in indie film – a creative place where we answer to no-one, save our bank balances.

Eddie spoke at length on his interview about the whole teams commitment to excellence throughout, something that is evident in the movie – but even the marketing has been extraordinary.

So why has it been so well marketed?

I have no evidence for this but I suspect Mathew Vaughn and his team have been pushing VERY hard to make the biggest splash imaginable. And when I saw it on Saturday night, I was handed a card to give my feedback (card pictured above) on how I would choose to watch the film again – would I buy or rent?

What an amazing tool to have in the coming DVD negotiations… X percent of cinema goers who paid to see ‘Kick Ass’ said they would buy it on DVD… Interesting questions aren't they.

Who is behind this research? Again, I have no evidence, but I suspect Vaughn and co. What I see them doing is carrying that commitment to excellence that made the film so great, all the way through sales and marketing – something other film makers simply don’t do (check out my take on 'Motherhood' released just a week ago, with the star of Kill Bill in the lead).

This is why these guys are already super successful and why we can all learn a huge amount from them.

The question remains, how are YOU going to market your film? Are you going to be ‘Kick-Ass’ or ‘Motherhood’? Get involved or let distributors do it for you?

It’s all timed rather serendipitously to remind you of our once only Distribution in 2010 workshop that is coming up just before Cannes.  More info here…

Right, I wonder if Lucia has also ordered that ‘Hit Girl’ costume too…

Morpheus... 'Do you think it's air you breathing now?' Choose your reality with open eyes ...
One filmmakers success story - crowdfunding, crewing and Cannes at the Guerilla Filmmakers...
It’s not that shit happens, it’s how we deal with it that defines us
From the archives: Writing 'Iron Man' and 'Children Of Men' with Mark Fergus
Space Oddity: It's cool on SO many levels!
How to land a primetime BBC1 TV series with NO past credits
Editing ‘Kick-Ass’, interview with Editor Eddie Hamilton – includes full post production workflow chart
Know Your Audience…